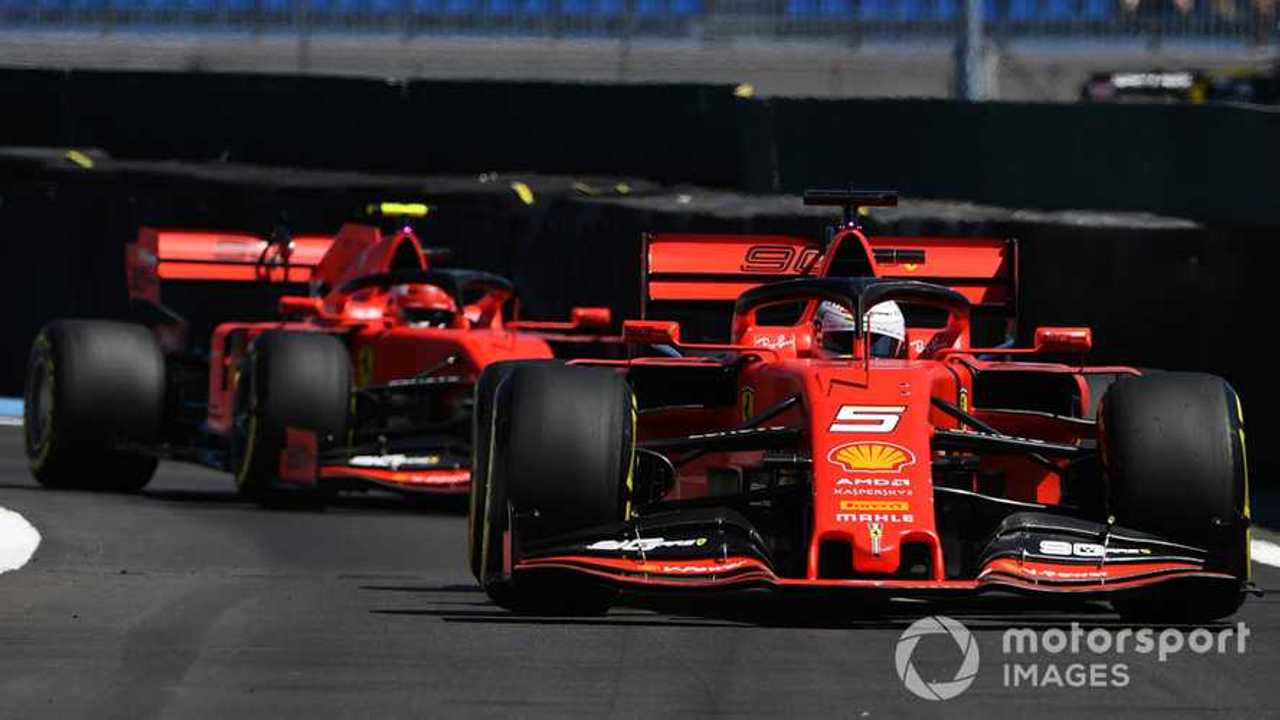 Sebastian Vettel believes Ferrari “failed” to accomplish its objective for the French Grand Prix, as its updates didn't allow it to substantially reduce the deficit to its Formula 1 rival Mercedes.

Ferrari brought revised wings and brake ducts as part of an update package for Paul Ricard, but the new parts earned mixed reviews - particularly from Vettel, who said the team “reverted on most of them” before qualifying.

The fastest Ferrari in qualifying – that of teammate Charles Leclerc – was some six tenths slower than the pole-sitting Mercedes, although Leclerc went on to pressure Valtteri Bottas for second place in the race, while Vettel himself recovered from seventh on the grid to fifth.

Vettel felt his result was the best possible given where he started, and said he was “pretty happy” with that – but added that “the bigger news for us is that Mercedes is still ahead of us, and we need to find a way to catch them".

"I think we wanted to close the gap to Mercedes by a decent amount, and we didn't," Vettel said.

“So in that regard we have to be honest, we failed. But I think nevertheless we tried everything we could, I think Charles' podium is a little bit of satisfaction.

“But yeah, as I said, the big objective was to come here and close the gap, but we had to unfortunately learn that our parts weren't working the way we were expecting them.”

Vettel switched to a fresh set of soft tyres late on, and duly picked up the extra point for the fastest lap.

But his last-ditch attempt was just 0.024s quicker than race winner Lewis Hamilton's final lap on severely worn hard tyres, and for Vettel this offered a glimpse into how big Mercedes' advantage really was.

“It was really tight. I don't know if we had a problem, I couldn't discharge the battery completely, otherwise it should've been a bit safer, to get the fastest lap,” he explained.

“But it also shows, I think, how much pace they have in hand. If they want to, they just go a lot faster.

“So, that means there's a lot of work for us, which we know from qualifying pace, et cetera. So we need to make sure we get closer to put them under pressure.”