Trying to prove large and heavy cars like an SUV are not out of place at the Green Hell.

The attached video may start with a car that has already been revealed – the M8 Convertible – but wait a few seconds and the camera switches focus to another M car. We’re talking about the next-generation X6 M likely to come out at some point next year considering the regular X6 hasn’t even been revealed yet. The third instalment of the coupe-SUV oddity is expected to debut likely before the year’s end and top out temporarily with the X6 M50i with the same engine as the recently launched X5 M50i and X7 M50i.

The “M50i” SUVs already have a healthy 523 bhp, but the full-fat M version of the X5 and X6 will have 600 bhp in standard guise and 617 bhp in Competition spec. As a side note, there might even be a fifth M SUV further down the line as the X5 M and X6 M together with the newly released X3 M and X4 M could be joined by an X7 M.

Getting back to the prototype at hand, it appears to have the production body and the final lights, not to mention the raspy quad exhaust and the stiffer suspension setup. It still feels a bit weird seeing a large and heavy SUV tackling the numerous challenging corners of the Nordschleife, but that’s where nearly all European automakers go to while testing future products. BMW is testing there everything from the 1 Series all the way up to the reborn 8er, and it even put its 2 Series Active Tourer and Gran Tourer MPVs through their paces back in the day.

The MPVs won’t live to see another generation whereas the X6 will certainly be renewed in today’s SUV-obsessed market. It will do battle once again with the Mercedes GLE Coupe, but also with other models such as the Audi Q8, Porsche Cayenne Coupe, and the more expensive Lamborghini Urus. Ingolstadt’s coupe-SUV is set to receive a fully fledged RS version later this year that will attempt to attract some X6 M customers. 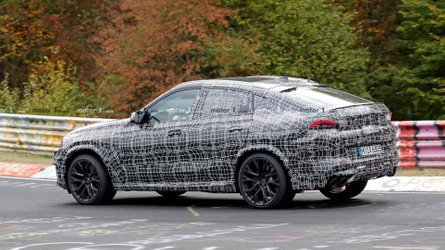 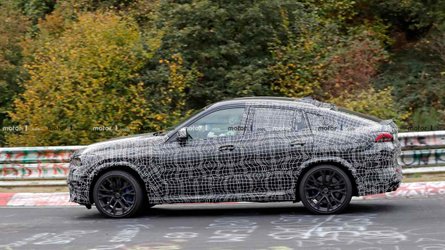 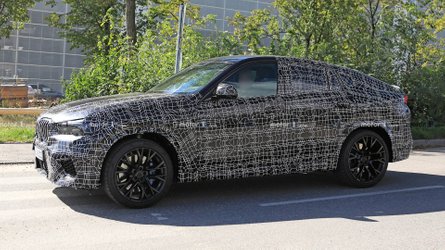 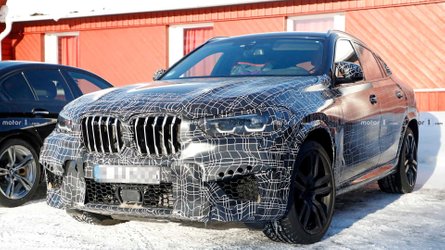