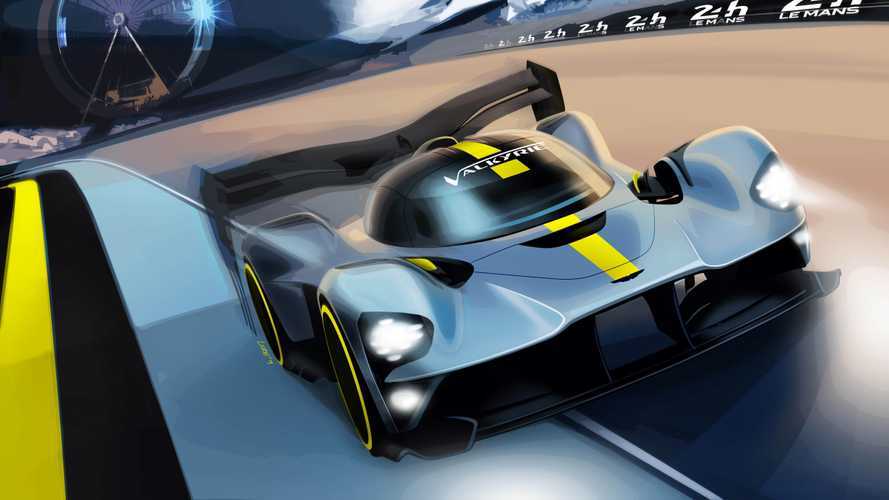 Aston Martin is likely to produce customer versions of its forthcoming Valkyrie-based FIA World Endurance Championship contender to race alongside the factory team in the future.

British manufacturer has admitted that it is evaluating giving privateer teams the chance to buy and race the car that will start competing in the WEC with a factory team when the new hypercar rules come into force for the 2020/21 season.

"It would be surprising if, maybe not in year one, there weren't top-level customer teams looking to compete with these cars. The more the merrier, really."

He added that there was "plenty of precedent" for selling cars across all the classes of sportscar racing in which Aston competes.

It is understood that Aston has already floated the idea to a number of potential customers.

Swiss entrant R-Motorsport, which runs Astons in the Blancpain GT Series and has licensed the marque's name for its DTM programme, has said that "Le Mans is one of the team's goals" and that it is "evaluating our options".

Aston has yet to reveal the make-up of the factory team that will race the Valkyrie from the autumn of 2020.

Aston Martin has re-affirmed its commitment to the GTE class of the WEC and its associated series, as well as the GT3 and GT4 category.

"The Valkyrie just creates an extra layer," said King. "Racing our mainstream road cars, series production cars, is just as important and we are fully committed to all the GT stuff we are currently doing."

King added that its GTE Pro class campaign could be extended beyond its current five-year commitment with the Prodrive-run AMR team that began at the start of 2017.

"We will continue to be here at Le Mans 24 Hours for a long time," he said. "We've been here since 2005 and have never left, and we don't intend to ever leave, but there is a difference between desires and contracts."

Aston Martin boss Andy Palmer predicted that the marque would be "doing more racing, not less" in the years to come without elaborating on his comments.