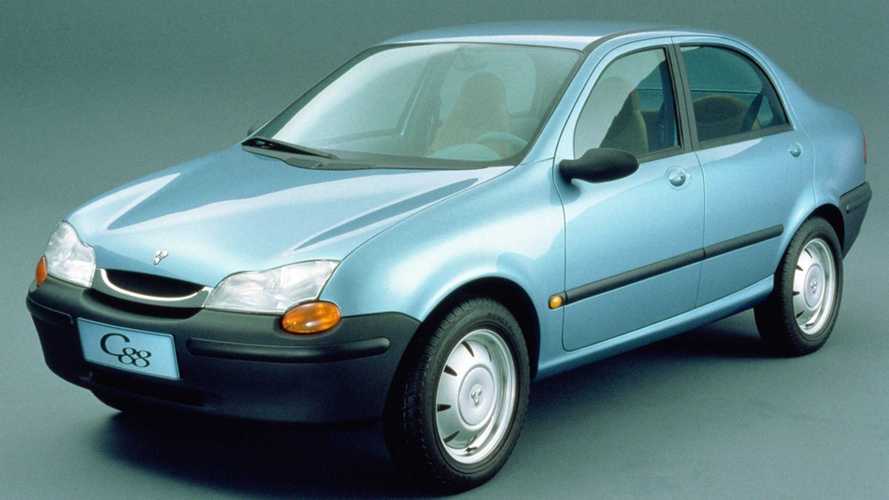 The untypical Porsche econobox was developed in just four months and took inspiration from the original Beetle.

Why We Remember It Now?

Wait, how is this a Porsche? It doesn’t even have the famous crest. Surely there must be a mistake here. But it’s not – Porsche Engineering Services developed this simple saloon with the Chinese market in mind.

Just about everyone knows about Porsche’s involvement in the development of the legendary Mercedes 500E (W124), but as the super saloon was about to bow out, another saloon of an entirely different nature came into being. We’re talking about the forgotten C88, a creation of Porsche Engineering Services as a response to an invitation made by the Chinese government to roughly 20 foreign automakers to engineer a cheap car.

This econobox was Porsche’s solution, having initially developed a three-door hatchback and then a second car that would’ve been compatible with several body styles: salon, estate, and a pickup truck. The C88 you see here was the only one to actually be built on a full-size scale, with the previous proposals limited to nothing more than design sketches.

Although developed primarily for the People’s Republic, the saloon was also engineered as a potential export product to Europe by being fully compliant with the emissions and safety regulations applicable in the 1990s on the Old Continent. Of the three proposals, the C88 was the largest, measuring 159 inches (4.03 meters) long, 64 inches (1.62 meters) wide, and 56 inches (1.42 meters) tall.

Porsche Engineering Services only needed four months to develop the saloon, which was ultimately refused by the Chinese government as the entire project was cancelled. That meant efforts made by several other automakers – including Mercedes, Ford, Chrysler – were all in vain. Had it gone into production, Porsche’s saloon would’ve been offered with a more modern four-speed automatic transmission and a beefier 1.6-litre diesel engine. On the safety side, it would’ve had airbags for the driver and front passenger, along with anti-lock brakes for those glorious 15-inch steel wheels.

Much like the no-frills exterior, the interior cabin was also quite rudimentary and included only the basics. To spruce things up while staying on a budget, Porsche designed a rounded dashboard with a curvy centre console and tunnel, while that digital screen seemed to be a sticker rather than the real thing. There was also an analogue clock to the right of the driver’s display, surrounded by a round cluster of warning lights and indicators.

As for the logo, it’s obviously not Porsche’s badge, but a specially developed logo illustrating a family of two and a child. During the short development phase, the engineers had the original VW Beetle in mind as they wanted to create a simple and reliable cheap car to take people from point A to point B. As RanWhenParked explains, Porsche received input from a technician and an engineer from China while creating the C88 to better cater to the local market since these people had a better understanding of what Chinese customers were looking for.

Like other unusual concepts such as the rad Panamericana and the Cayenne Cabrio, the C88 will go down in time as purely a one-off.