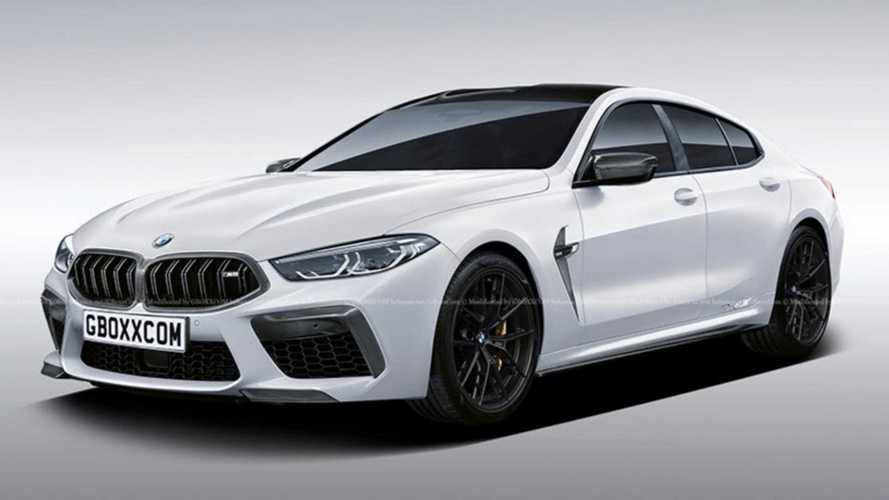 It's the M5 built for grand touring.

Well, that didn’t take too long. Just a couple of days after BMW’s official unveiling of the production-ready 8 Series Gran Coupe, someone has decided to see into the grand tourer’s future by rendering the flagship M8. The car was actually previewed more than a year ago by the stunning Concept M8 Gran Coupe, but this new digital design exercise is considerably closer to the real thing you’ll find at a BMW dealer likely in 2020.

Having seen the 8 Series GC in the hot M850i guise and checking out images of the M8 Coupe, putting two and two together is not all that difficult in order to imagine the M8 Gran Coupe. It does look more exciting than the M5 / M5 Competition and should have what it takes to rival the Mercedes-AMG GT63 S Four-Door Coupe as well as the next-generation Audi RS7 Sportback.

The extra pizzazz such as the more muscular exterior, M hardware tweaks, and luxurious interior compared to the M5 will partially justify the premium it will command. Just to get an idea of how much it will set you back, the M8 Coupe kicks off at £123,435 OTR, but it goes without saying its four-door counterpart is going to be more expensive. For the sake of comparison, an M5 Competition is “only” £96,205 before options.

With all three body styles of the 8 Series now out, we’re wondering what BMW will do with the 6 Series lineup since the only member left is the Gran Turismo (GT) we rarely talk about.

Meanwhile, expect the M8 Gran Coupe to debut towards the end of the year or early 2020 in standard and Competition flavours. The latter should match its two-door siblings in terms of output by packing a monstrous 617 bhp as already seen in the aforementioned M5 Competition. It should be able to cover the 0-60 mph in roughly 3.1 seconds like the M8 convertible in the Competition spec, with the slightly lighter coupe needing just three seconds flat.

For those who would rather have the M5 Competition: