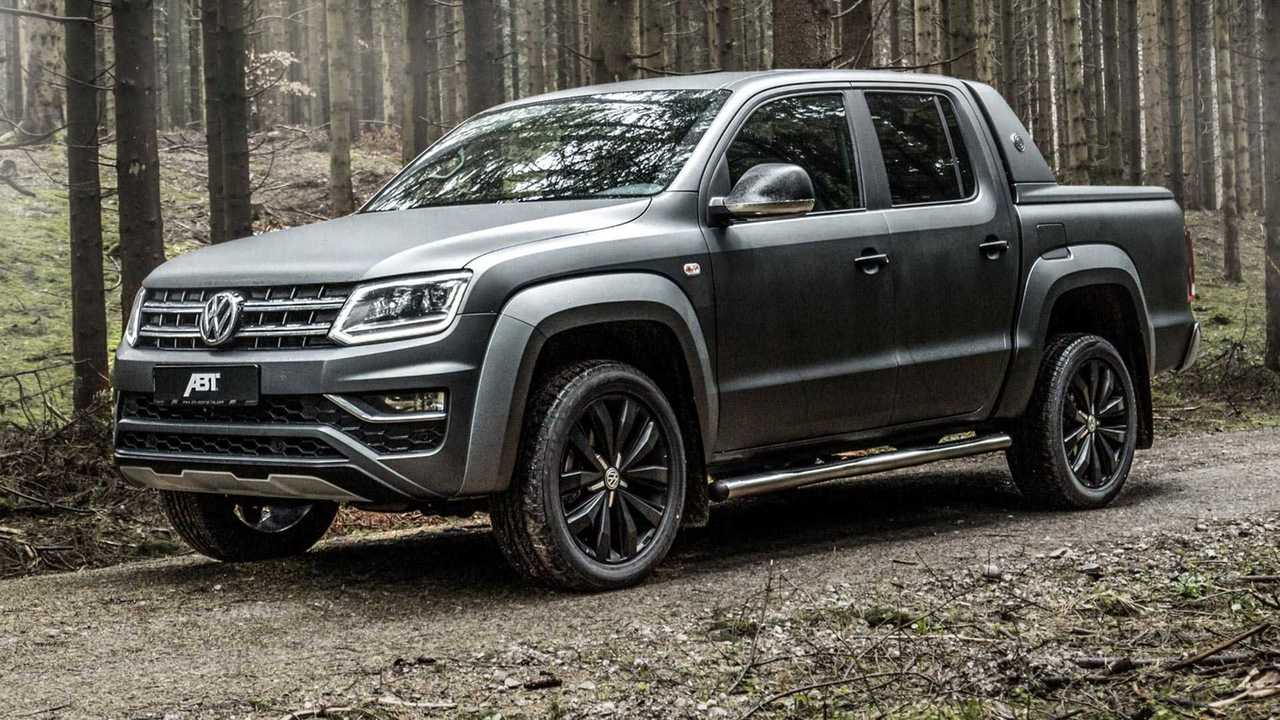 The company can tune the less powerful versions of the diesel V6, too.

The tuning masters at Abt Sportsline are once again turning their attention to the Volkswagen Amarok pickup. The latest work focuses on boosting the output from the truck's 3.0-litre diesel V6, and the firm is able to take the power figures to 302 bhp and 465 pound-feet, instead of the stock 255 bhp and 428 lb-ft.

Gallery: Volkswagen Amarok by Abt

After the upgrade from the Abt Engine Control module, the Amarok can hit 60 miles per hour in 7.8 seconds, rather than 8.0 seconds in stock form. The modified truck's top speed is 131.1 mph.

Abt can also tweak the lower-output versions of this diesel V6. The firm can push the 221-bhp variant to 262 bhp, and the pre-facelift 177-bhp model goes to 197 bhp.

While Abt's new offering gives the Amarok a power boost, there are lots of companies out there supplying an extensive array of other aftermarket parts for VW's truck. The German firm Delta 4X4 (gallery above) demonstrates what's possible with the recent Beast show truck. It features a ride height that's 250 millimetres taller than stock thanks to modifications like a raised suspension, larger wheels, and 35-inch all-terrain tyres.

Delta 4X4 matches the added off-road capability with a more aggressive body. The new parts include a brush bar in front, style bar along the cargo bed, big wheel arch flares, and an array of LED light bars for illuminating the way forward.

They are rugged, powerful and cool and now rank as the trendiest cars in Europe: pick-ups! Since 2010, the VW Amarok has been one of this country’s best-sellers. Introduced last year, the 3.0 TDI 4motion provides the optimum power package, delivering 258 hp (190 kW) and 580 Nm. You want more? Thanks to ABT Engine Control (AEC), the heart of all ABT Power performance upgrades, you can have 306 hp (225 kW) and maximum torque of 630 Nm. This provides an increase of almost 50 hp, or exactly 50 Nm. The Amarok now achieves 0-60 mph in 7.8 seconds rather than 8.0 seconds. And it now reaches a top speed of 131.1 mph.

The power upgrade becomes particularly apparent when the Amarok is fully loaded or is pulling a heavy trailer. Its 2.5-square-metre load area can accommodate a Euro pallet diagonally. Its payload is around a tonne and it can pull up to 3.5 tonnes.