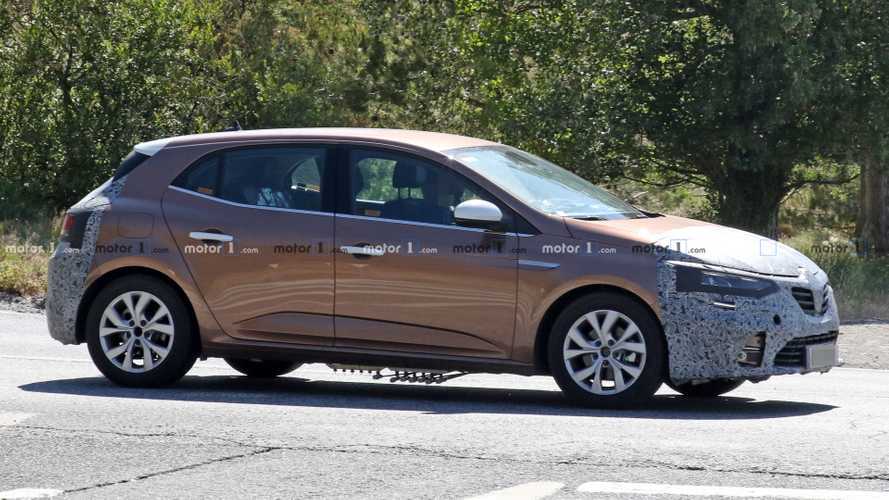 But what's with that oversized exhaust pipe?

Renault is pretty busy these days. The brand is testing a number of refreshed models for a launch later this year and in 2022, and has recently released a bunch of new cars, including the second generation Zoe, the India-only Triber, and the facelifted Koleos. Today, we are bringing another set of spy photos with the facelifted Megane hatchback, one of the brand’s most popular models on the European market.

Earlier this week, our photographers sent us shots with the hybrid version of the Megane but this one here appears to be the regular ICE-powered variant. It’s still wearing camouflage at the front and back, and there continues to be a weird exhaust pipe integrated into the rear bumper. Our guess is there’s an additional exhaust gas filtration system underbelly that's being tested.

Other than that, there’s nothing really interesting happening with this prototype. The revised fascia is well hidden underneath the camo foil but we expect the Megane to gain a slightly more prominent grille and redesigned headlights. At the back, there appears to be some minor tweaks to the bumper, as well as new graphics for the taillight clusters.

If you zoom in on some of the pictures like we did, you’ll see the dashboard inside the cabin is still covered in disguise. Honestly, we don’t expect any major changes to the layout but Renault might give its contender in Europe’s compact car segment new trim options and an updated version of the infotainment software.

The Megane is the seventh best-selling model in its class with 31,260 deliveries during the first quarter of the year. With a new Volkswagen Golf, Skoda Octavia, and SEAT Leon on the horizon, and an overhauled Ford Focus already on sale, we expect to see the refreshed hatchback debuting this fall during the Frankfurt Motor Show. Sales should start by the year’s end.