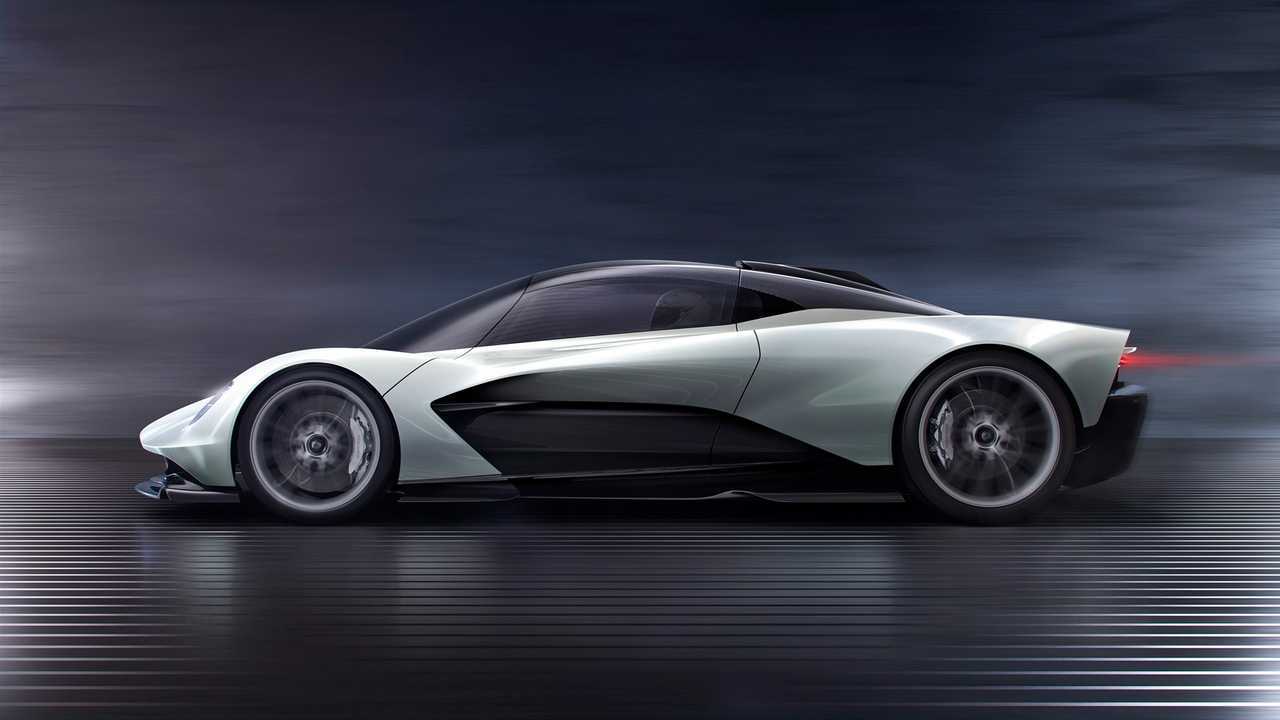 Looks like Bond has a new toy in his latest outing.

Just yesterday Aston Martin announced that its upcoming AM-RB 003 supercar would in fact wear the Valhalla badge, but something else special happened with the car yesterday.

The Valhalla is one of several cars rumoured to be appearing in the upcoming as-yet-untitled James Bond film. Now, admittedly this writer didn't think the rumours of the car being in the film were true, but it turns out they were.

Yesterday an example of the car was delivered to the set at Pinewood Studios near London, according to The Sun. The car's arrival provided a much-needed boost to the film's production, which has been troubled so far.

“It’s been a miserable few weeks. Things went from bad to worse with Daniel’s injury and then the set explosion," the source told the tabloid. “But now the Bond car has arrived and Daniel is on the mend. It’s the best bit of news they’ve had for a long time."

"They’re still way behind schedule but the car adds that little bit of sparkle."

The Valhalla is the first mid-engined car to be driven by the fictional secret agent since the Lotus Esprit Turbo in 1981's For Your Eyes Only.

The Valhalla will star alongside a trio of classics that have already been spotted on set, a classic Land Rover; an old-school Aston Martin Vantage, which was spotted driving along a coastal road in Norway (above); and the DB5 which was also confirmed to be returning in a social media post following a visit to the set by Prince Charles.

There has also been rumours that Bond could be driving an Aston Martin Rapide E in the new film as well.

Speculation of the all-electric car's inclusion in the film began earlier this year, with it said to be in the centre of "an incredible action sequence".