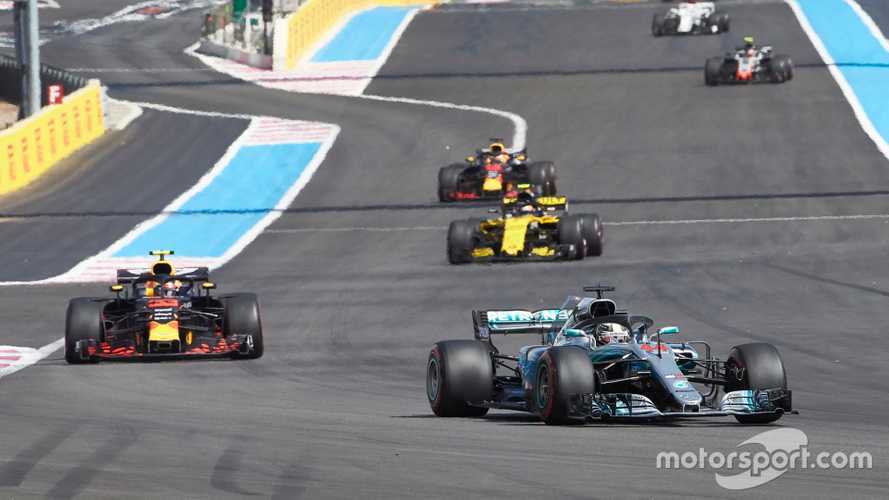 This year’s French Grand Prix at Circuit Paul Ricard is set to be the bigger and better than last year, and with time running out to secure yourself a place at this must-see event, Motorsport Live looks at why you won’t want to miss out.

Formula 1 returned to Circuit Paul Ricard in 2018 after a 28-year absence and the picturesque Provence venue hosted a thriller, with Lewis Hamilton scampering into the distance as his rivals hit trouble – and each other. This year the event is gearing up to be an even bigger festival of Formula 1 and France. Can Hamilton rule the roost again as Mercedes looks to build on its peerless start to the season, or can Ferrari put the disappointment of the Canadian GP behind it and bag its first win of the season?

Or maybe this could be Red Bull’s time to shine. Frenchman Pierre Gasly is sure to have plenty of support from the home crowd as he searches for his first podium in F1, while Max Verstappen is in need of a strong result to keep his outside hopes of the championship alive.

Renault has long been the pride of France in F1 terms, and after its much-improved showing in Canada drivers Daniel Ricciardo and Nico Hulkenberg will be looking to upset the fancied runners once more, while former Renault driver and local favourite Romain Grosjean will be hoping that he and the Haas team can produce another giant-killing performance.

Along with Formula 1 there’s sure to be captivating action in its support categories F2, F3 and Renault Clio Cup. And among the stars of tomorrow there’s a strong chance of local success. Right up there with the leading teams are title-winning outfits DAMS and ART Grand Prix, who will want to raise the Tricolore atop the podium. While among the drivers reigning GP3 champion Hubert and Guiliano Alesi – son of 1990s F1 superstar Jean – will be fighting for F2 honours.

Off-track the French Grand Prix has gone the extra mile to keep spectators entertained with live music shows by Bob Sinclar and Martin Solveig, ensuring the atmosphere will be kept rocking long into the evening after qualifying and the race. And with the grand prix weekend taking place at the same time as the French National Music Day, there will be plenty of local acts to saviour in many of the surrounding villages and towns. And of course, there’s plenty to do outside of the French Grand Prix.

Just a stone’s throw away is the French Riviera, with dozens of charming towns and villages all offering their own slice of life in Provence, with amiable bars, cafes and restaurants staying open late into the evening. Why not soak up the summer sun with a cool drink adjacent to the Mediterranean, or even head further afield to check out what’s on offer in places such as Marseille, Aix-en-Provence or Nice?

In the wake of well-documented travel problems in 2018 organisers have left no stone unturned to ensure a repeat is not possible. Road networks have been reassessed, park and ride systems have been introduced and taxi/bus services have been greatly enhanced, while an official App has been launched in order to provide race-goers with up-to-the-minute information on the most efficient route to take. The French Grand Prix is also serviced by several leading airports that fly to major European destinations, with Marseille, Nice and Toulon-Hyeres all within a couple of hours’ driving of the venue.

For your slice of summer Formula 1 action you certainly won’t want to miss out on this year’s French Grand Prix. Join Motorsport Live and check out the range of ticketing and travel options available here.

Promoted: How the French GP works an F1 car