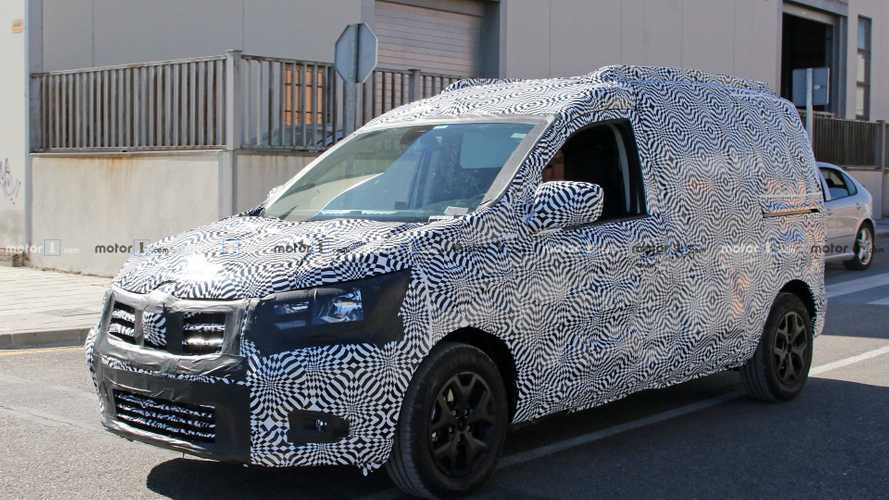 Could this be the all-electric Kangoo Z.E.?

Many of you probably don’t have any associations with the name Renault Kangoo. For those of our readers, we’ll start this article with a little introduction to the model. It was launched in 1997 by the French company as a light commercial vehicle replacing the aging Express. In its latest generation, released more than 10 years ago, it evolved to also include the Kangoo Express, which is classified as a leisure activity vehicle, and the Kangoo Z.E., which is the world’s best-selling all-electric LCV to date with more than 40,000 deliveries since its debut in 2011.

Renault Kangoo gets tools and hardware storage solutions in U.K.

The prototype you see in the attached gallery below is our very first look at the next-generation of the Kangoo. These first spy photos of the model reveal the LCV will grow in size to match the current Volkswagen Caddy and Ford Transit Connect, which are among the best-selling nameplates in the segment on the European continent. According to our photographers, Renault will try to develop the design away from the old boxy shape towards a more car-like overall appearance.

We can’t confirm that the moment but this might be the all-electric version of the new Kangoo. Yes, there’s no charging port visible on the left side of the van, but it could be positioned on the front right fender wing. What makes us believe this is an EV prototype is the fact that it doesn’t have an exhaust pipe at the back – we zoomed all the available photos to check for an exhaust system but we couldn’t spot one.

This is a different Kangoo:

We expect the diesel-powered model to still remain the most popular choice among customers on the Old Continent. It’s probably safe to say the vehicle will be offered with an improved version of the immortal 1.5-litre dCi diesel. We’ll know more in the coming weeks so stay tuned.