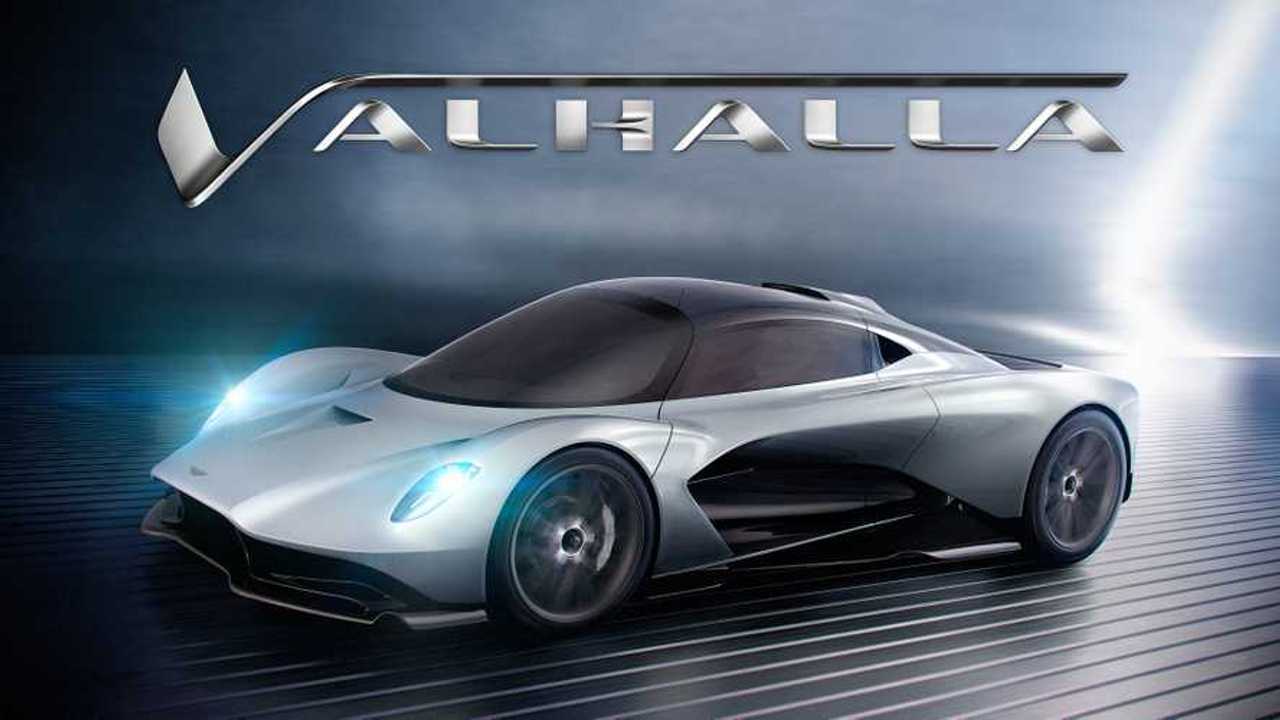 It continues the 'V car' tradition.

Aston Martin has announced that its second mid-engined production car will wear the Valhalla badge, as rumoured earlier this year.

Following on from other 'V cars' like the Vantage, Virage, Vanquish, and Vulcan, the name of Aston Martin's latest creation draws up on 'the hall of the fallen', a celebrated paradise for warriors in Norse mythology – and the car will be a paradise in itself, with a high-output V6 – Aston Martin's first road-going six-pot since the '90s – and hybrid system making it a potent weapon.

It won't just have plenty of power on tap, with lightweight all-carbon fibre construction and radical aerodynamics also key ingredients to the car's recipe.

"Aston Martin model names always attract a lot of attention. They do so because they invariably capture an emotion or tell a story," said Aston Martin Lagonda President and Group Chief Executive Officer, Andy Palmer. "In following the Valkyrie we knew the Aston Martin Valhalla needed to make a strong statement of its own, yet also offer continuity and a clear connection. Norse mythology contains such powerful language and rich storytelling it felt only right that the AM-RB 003 should follow the Valkyrie’s theme."

"For those fortunate enough to own one I’m sure they will recognise and appreciate the name’s connotations of glory and happiness, for there can be few more hallowed places than the driver’s seat of an Aston Martin Valhalla."

The car, previously codenamed the AM-RB 003, has been dubbed the 'son of Valkyrie' and benefits from plenty of lessons learned during the development of the Valkyrie. It too has been produced in partnership with the Red Bull Formula 1 team, with its design guru Adrian Newey also penning the design.

The Valhalla will sit below the F1-derived hypercar in Aston Martin's new three-car mid-engined lineup. A production version of the new Vanquish, which was unveiled at the Geneva motor show earlier this year alongside the Valhalla, is also on the way.

Only 500 Valhallas will be made, and all have already been sold with the car said to be 'oversubscribed' not long after it was first shown back in March. if you were one of the lucky people to get the nod, you would have also needed deep pockets, with prices set to be around £1 million.