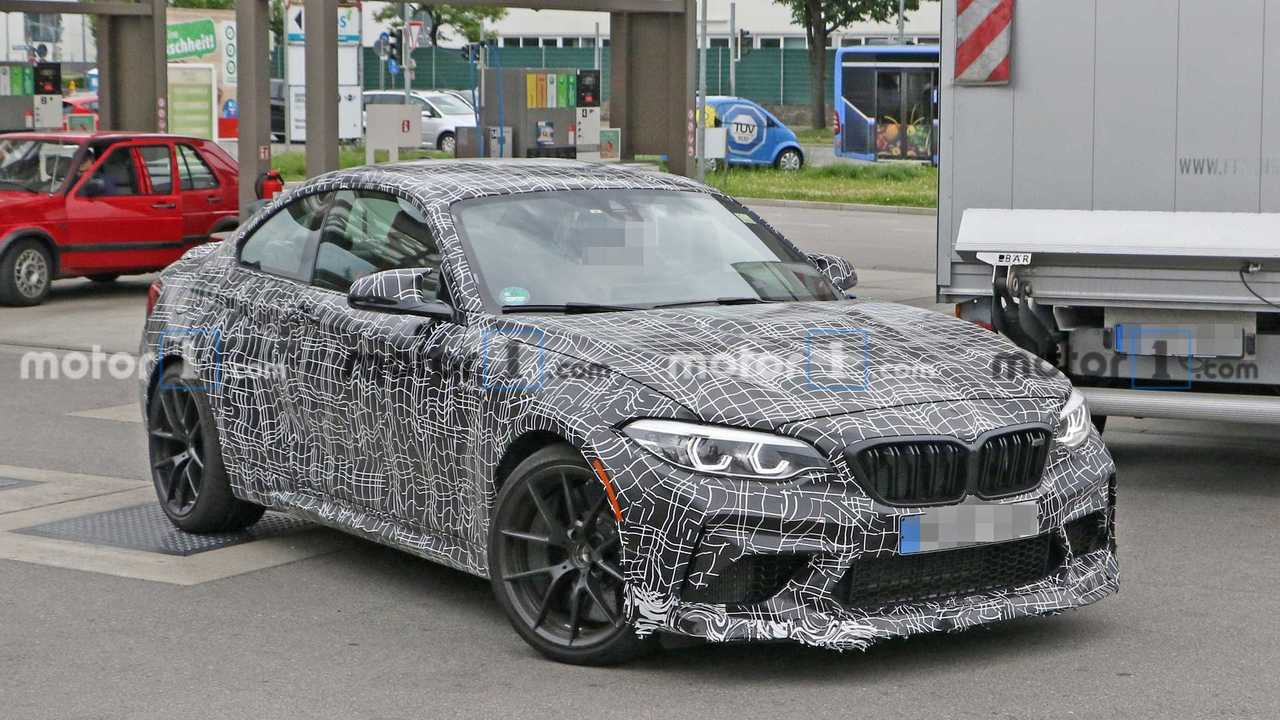 The small sports coupe is shaping up to be an epic performer.

New spy shots are in showing the hot BMW M2 CS, only this time we’re given a glimpse of the coupe’s interior as well. There are no major changes on the inside, though we are privy to touched-up sport seats and a snazzy Alcantara steering wheel, though that’s believed to be an optional item for the CS model. BMW doesn’t even attempt to hide the dash, which isn’t a big surprise now that we can see standard-issue M2 gear is in store, with perhaps some carbon fibre trim updates not seen here.

The new M2 CS is coming:

Outside, the sporty coupe wears the same black camouflage wrap we’ve seen on other test cars. Despite that, aggressive tweaks to the lower front fascia are easily seen, as is the bulging bonnet. The wrap does hide carbon fibre components; it’s been leaked through dealer bulletins that the lightweight material will be found all around the car, specifically with the bonnet, roof, mirrors, and rear diffuser. Furthermore, we suspect there are some false panels worked in to help confuse us on exact details regarding body lines, but the overall effect is still the same – an M2 CS that builds on an already potent performance machine, both visually and mechanically.

Speaking of which, we’ve already reported on the Bimmer’s 3.0-litre inline-six getting a power bump. An official number obviously isn’t revealed yet but we’ve heard an unofficial rating of 444 bhp turning the rear wheels through the M2’s existing gearbox options of a seven-speed DCT or a six-speed manual. We should emphasise the unofficial mention here, because we’ve also heard that power could go even higher, perhaps to 450 ponies or more.

We still have a while to wait, unfortunately. Production of the M2 CS is slated to begin next March, with an official debut likely taking place later year at the Frankfurt Motor Show in September.