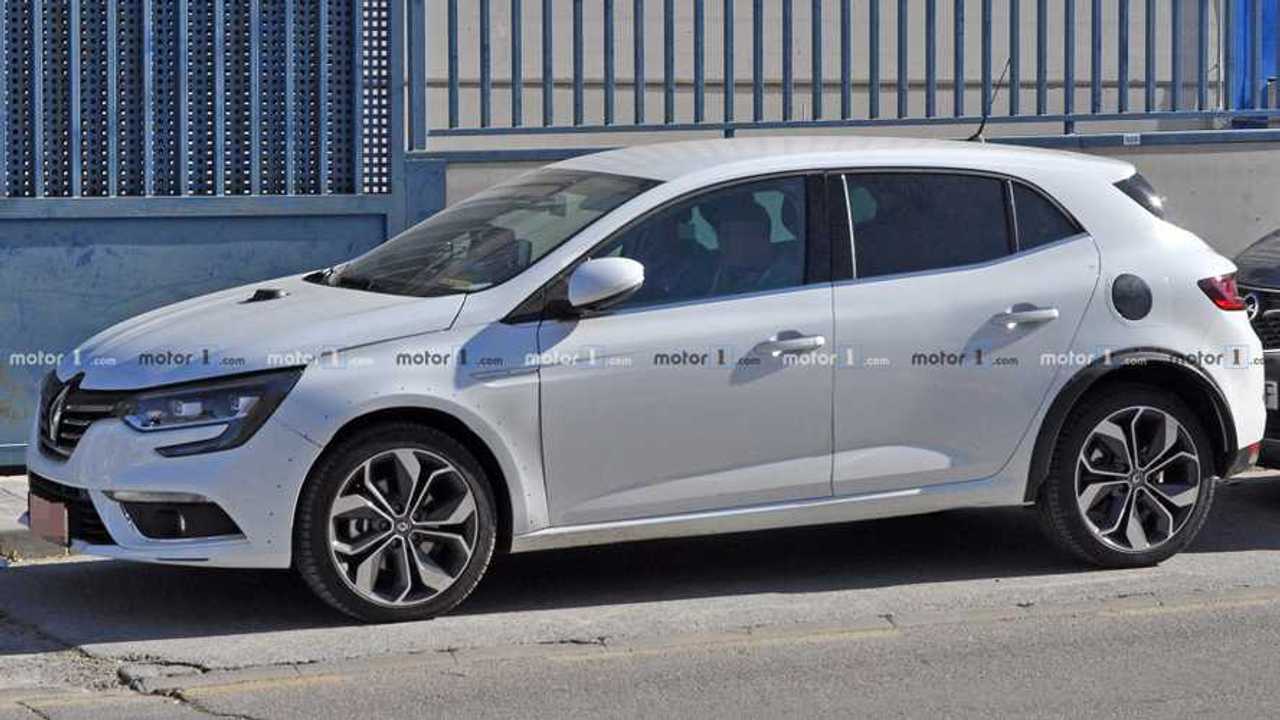 One of them has a bizarre set of rear fender extensions.

The sporty variants Renault Megane like the R.S, Trophy, and Trophy-R tend to get most of the attention from enthusiasts, but the French brand makes plenty of other versions of the model. These spy shots catch a new model on the way – the Megane hybrid.

There are actually two test prototypes in this gallery. One is entirely white, and the other has a black body with white bumpers and door handles. They have a few other differences beyond just the colour of the body panels. The all-white car wears what appears to be a black sensor on top of the bonnet and large wheel arch extensions at the back. The existing Megane has its fuel filler on the passenger side of the vehicle, so the panel on the driver side on both of these vehicles likely conceals the port for plugging them in.

The latest from Renault:

Renault is currently preparing hybrid and plug-in powertrains for models like the Captur, Clio, and Megane. The standard hybrid reportedly uses a 1.6-litre petrol engine as its internal combustion component and runs through a seven-speed dual-clutch gearbox. Its battery would be a tiny 1.2-kilowatt-hour unit. There are fewer details about the PHEV but expect the battery pack to be far larger.

The new generation of the Zoe shows what the brand can do with electrification. The EV boasts a 52-kWh battery that allows for a 242-mile range in the WLTP test. It goes on sale in Europe this fall.

Look for the first of the brand's new slate of hybrids and PHEVs to go on sale in 2020. Expect a staggered launch so that the brand can keep the electrified models in the news for as long as possible.