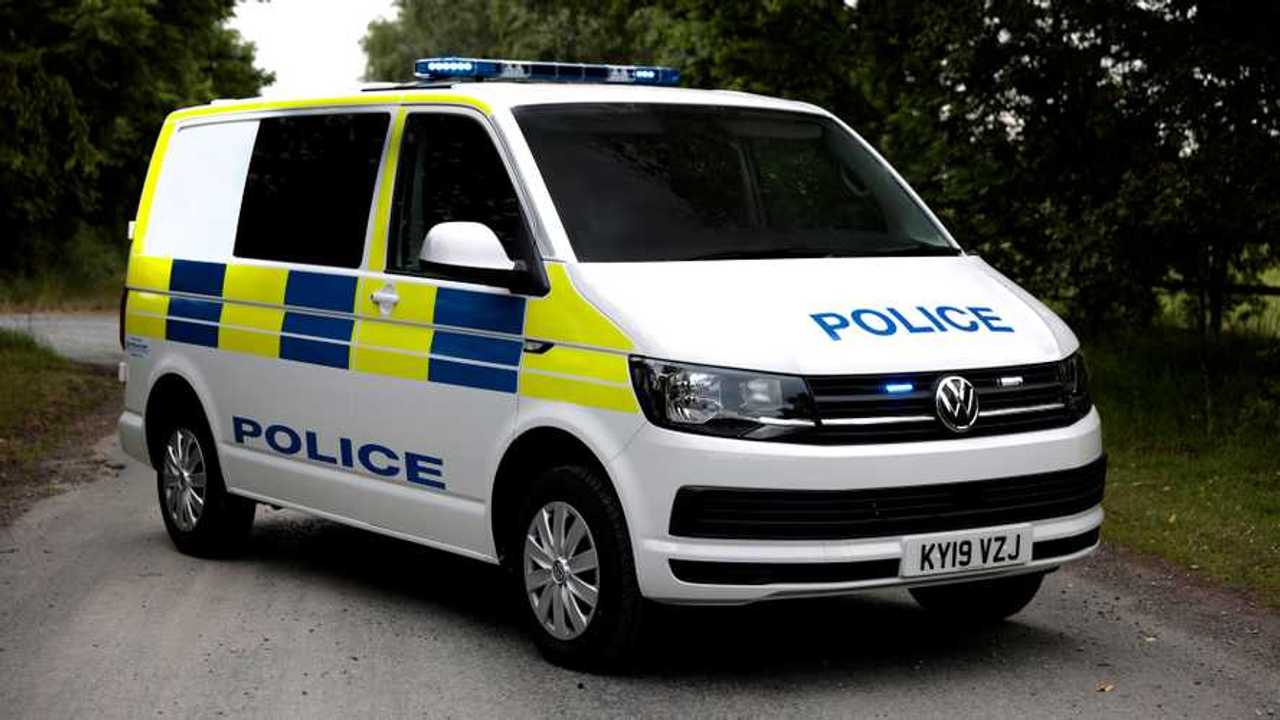 Criminals in police custody could soon find themselves locked up in the back of this Volkswagen Transporter van.

The converted Ford Transit Custom rival has been designed to carry two prisoners in the full-width prison cell at the back of the vehicle. There’s also space for two police officers in what would ordinarily be the load bay (or the second row of seats in a crew-cab variant), with rear-facing seats allowing coppers to keep an eye on those in the cells.

Other modifications include a double latch security system to prevent the rear doors from being opened from the inside, while LED roof lights, a 100-watt siren and full police livery have also been applied. Lights have also been fitted in the grille, but otherwise it’s a fairly standard vehicle.

As a result, if you strip away the lights and livery, the prisoner transport vehicle looks much the same as the Transporter Trendline on which it is based. And it hides the same engine under its short, stubby bonnet. It’s a 2-litre diesel unit with 148 bhp, and it’s now a stalwart of the VW range. In the standard Transporter, VW says it’s capable of 112 mph and fuel economy of roughly 38 mpg.

The conversion, which was carried out by Volkswagen Commercial Vehicles’ Approved Blue Light Converter Safeguard SVP in Essex, is one of three ‘blue-light’ conversions VW has created this year. Back in April, the company revealed a Crafter van that had been turned into a riot control vehicle, and the company has also created a Caddy-based police dog vehicle.

In a statement, Volkswagen said: “Public sector fleets, like police forces or ambulance services, often require specialist conversions. Volkswagen Commercial Vehicles offers a range of conversions to the Crown Commercial Service for different operational purposes through its expert in-house conversion team alongside its Approved Blue Light Converters. Already this year, the brand has unveiled a Crafter riot van and the Caddy dog van.”

“This has been a landmark year for our blue light conversions with the cell van rounding out a trio of new products on the market,” he said. “This vehicle offers police forces a practical, reliable and economical solution to prisoner transport and we expect it to be a big hit once it joins the fleet.”