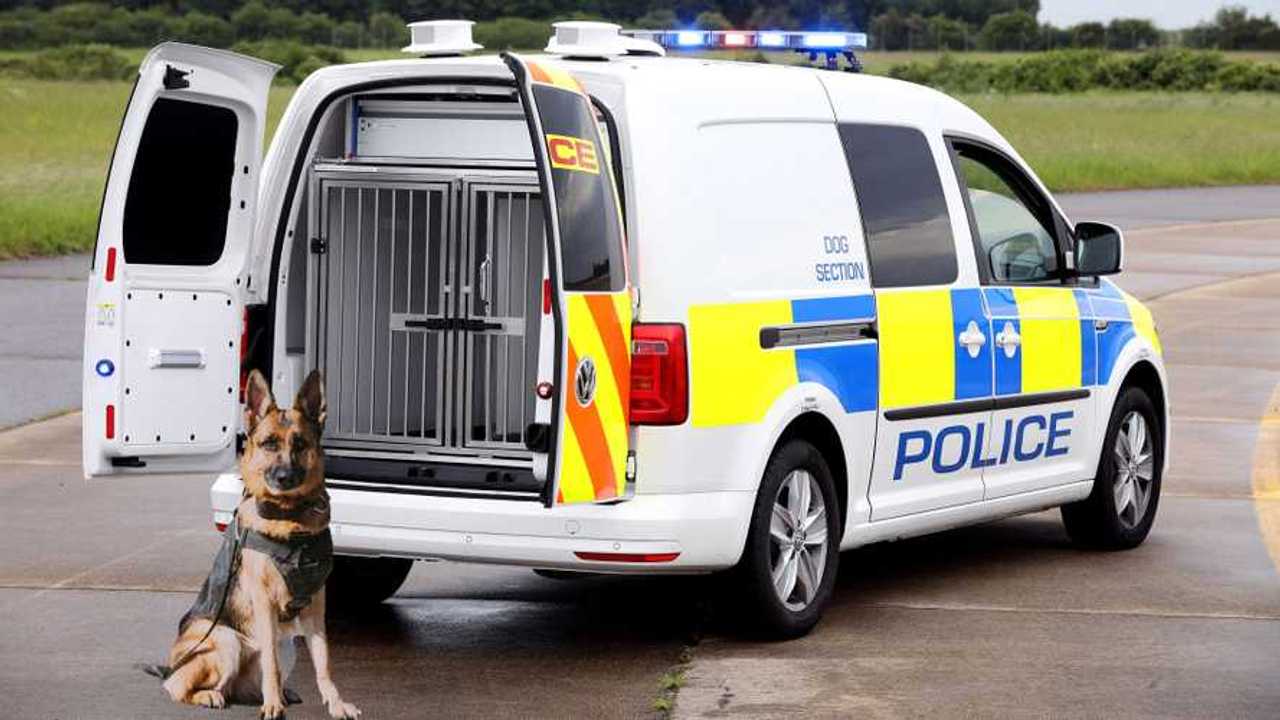 VW's small van is made specifically for police dogs.

Volkswagen has revealed a new conversion for its Caddy van that turns the Ford Transit Connect rival into a police dog van.

Although it looks like a conventional Caddy van, the specialist dog vehicle comes with a removable dog kennel that meets animal welfare specifications for size and ventilation. As part of the legislation, the vehicle has an air conditioning system with temperature monitoring that tells the driver when the canine colleagues are too warm or too cold. The settings can be adjusted from the cabin without the need to stop the vehicle.

The conversion, which was carried out by Volkswagen Commercial Vehicles’ Approved Blue Light Converter PressFab Evo Ltd in Bedfordshire, also sees blue roof lights and a police livery added to the vehicle.

Aside from those features, however, the vehicle is essentially a normal Caddy. It’s based on the Highline model and comes with the most potent engine in the range - a 2-litre diesel engine that produces 148 bhp. It’s an engine found across VW’s vehicle line-up, and in the Caddy dog van, it’s paired with a six-speed automatic gearbox. In the standard Caddy Highline, this combination offers a top speed of 119 mph and official fuel economy of 56.5 mpg, Volkswagen claims the vehicle “delivers a balance of performance and economy”.

In a statement, Volkswagen said: “Public sector fleets, like police forces or ambulance services, often require specialist conversions. Volkswagen Commercial Vehicles offers a range of conversions to the Crown Commercial Service for different operational purposes through its expert in-house conversion team alongside Approved Blue Light Converters. The most recent bespoke conversion was the Crafter riot van launched in May at the Commercial Vehicle Show 2019.”

Steven Cowell, the technical sales manager at Volkswagen Commercial Vehicles, said the Caddy dog van would offer exactly what police forces need from such a vehicle.

“Our latest blue light conversion is a fully-operational dog van based on our Volkswagen Caddy,” he said. “We’re delighted by the finished product after months of hard work by the team in partnership with PressFab Evo. Police forces require a versatile and reliable vehicle and that’s exactly what the Caddy offers, and why it’s already so popular with such a wide range of businesses.”