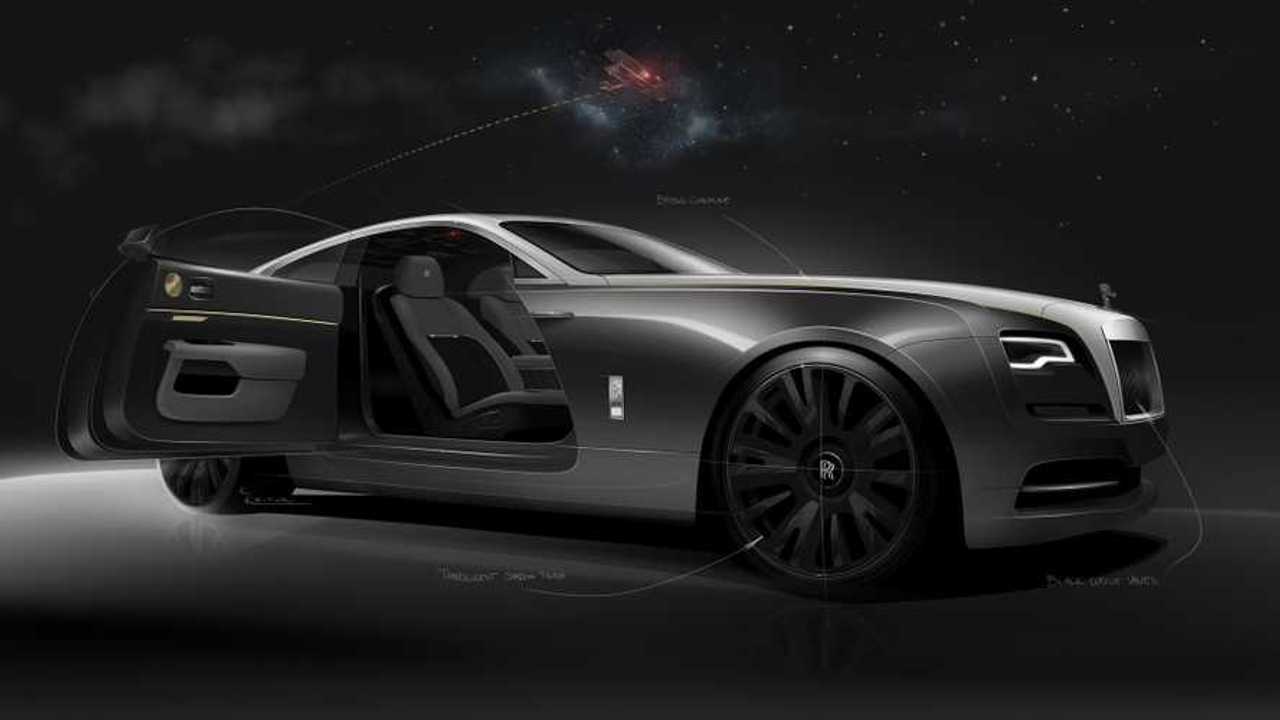 The Eagle is named after the Rolls-Royce engines that powered the first non-stop transatlantic flight.

Rolls-Royce has released a handful of unseen sketches of its new special-edition Wraith designed to honour the centenary of the first non-stop transatlantic flight.

2021 Rolls-Royce Ghost spied inside and out

Back in June 1919, British aviators John Alcock and Arthur Brown flew their Vickers Vimy biplane from Newfoundland to Ireland in 16 hours, and in doing so became the first to cross the Atlantic in an aeroplane without stopping. That aircraft, which was powered by two Rolls-Royce Eagle VIII engines, has become the inspiration for 50 limited-edition Wraith models, despite the aero engine side of the business now being separate from the BMW-owned Rolls-Royce Motor Cars brand.

The Goodwood-based manufacturer has revealed the sketches of the cars - known as the Eagle VIIIs in honour of the Vimy’s engines - highlighting some of the design aspects that feature in the two-door coupe. These centrepieces, which were imagined by the Bespoke Collective of the House of Rolls-Royce, pay homage to Alcock and Brown’s journey with subtle touches that reveal the difficulty faced by these aviation pioneers.

The clock, for example, has an iced background to represent the frozen instrument panel that would have faced the early aviators flying their open-cockpit, wood-and-canvas aircraft over the North Atlantic at an average of 115 mph. At night, meanwhile, the clock will have a green glow that reflects the only light Alcock and Brown would have seen as they ploughed through the heavens.

Rolls-Royce’s sketches also reveal the starlight headliner that adorns the Wraith Eagle VIII’s ceiling. That includes cloud embroidery that represents the visibility issues tackled by Alcock and Brown, while the intrepid flyers’ flight path is also on display, along with the coordinates of their halfway point. And the Wraith’s fascia will also display a reference to that flight, with gold, silver and copper marking out the night-time view from above.

Torsten Müller-Ötvös, the chief executive of Rolls-Royce Motor Cars, commented: “The unique skill of our Bespoke Design Collective sees the story of one of the most pivotal moments of the 20th century, the first non-stop transatlantic flight, told using Wraith, a motor car which speaks of power, drama and adventure. Wraith Eagle VIII is a modern masterpiece – these sketches offer an extraordinary insight into its creation.”

The British luxury marque has not yet confirmed when the vehicles will be available, but like all other Rolls-Royce cars, they will be hand-assembled at the company’s modern Goodwood manufacturing facility.