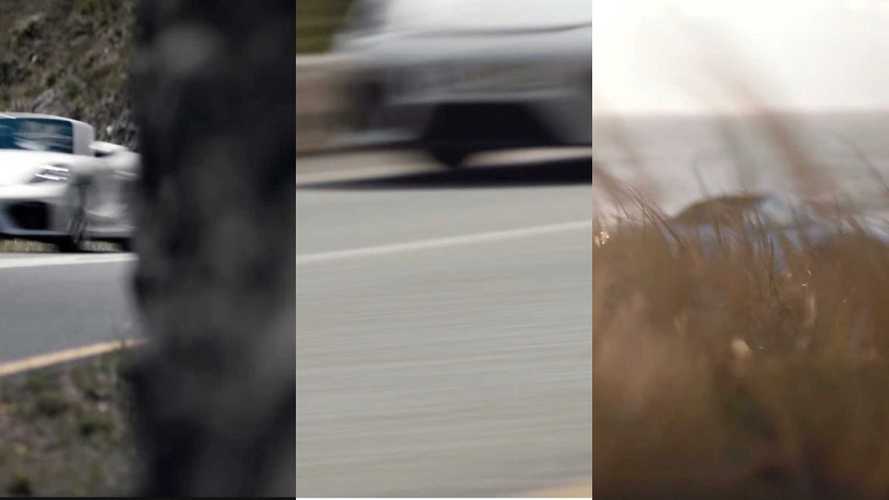 This means that the debut must not be too far away.

After seeing a plethora of spy shots, the Porsche 718 Boxster Spyder is finally nearing a debut, and there's a new teaser providing our first official glimpse of the roadster. The brief clip shows blurry views of the vehicle and ends by calling the car "perfectly irrational."

Spy shots reveal that the 718 Boxster Spyder wears a different body than the rest of the lineup. The revised rear deck features nacelles behind the seats. Porsche intends customers to drive the model with the roof open, but the company equips the car with a bikini-style top in case of a sudden rain shower.

We don't yet have images of the cabin, but its reportedly quite spartan to match the Spyder's hardcore demeanor. Expect lots of carbon fibrе and other lightweight touches like fabric pull handles for the doors.

Porsche 718 Boxster Spyder not camera shy to drop its top

Despite the many spy shots, official technical details about the 718 Boxster Spyder are still scant. The engine sound in videos hints at a naturally aspirated flat-six engine. It's not clear whether the powerplant has 3.8 or 4.0 litres of displacement, though. Several rumours point to the larger size, but the 718 Cayman GT4 Clubsport race car uses the smaller unit.

Earlier rumours suggested the 718 Cayman GT4 might debut at the Goodwood Festival of Speed in July. However, Porsche isn't yet teasing the coupe, suggesting that the 718 Boxster Spyder might actually arrive first. It's also possible that the company could premiere them together at the British automotive extravaganza.