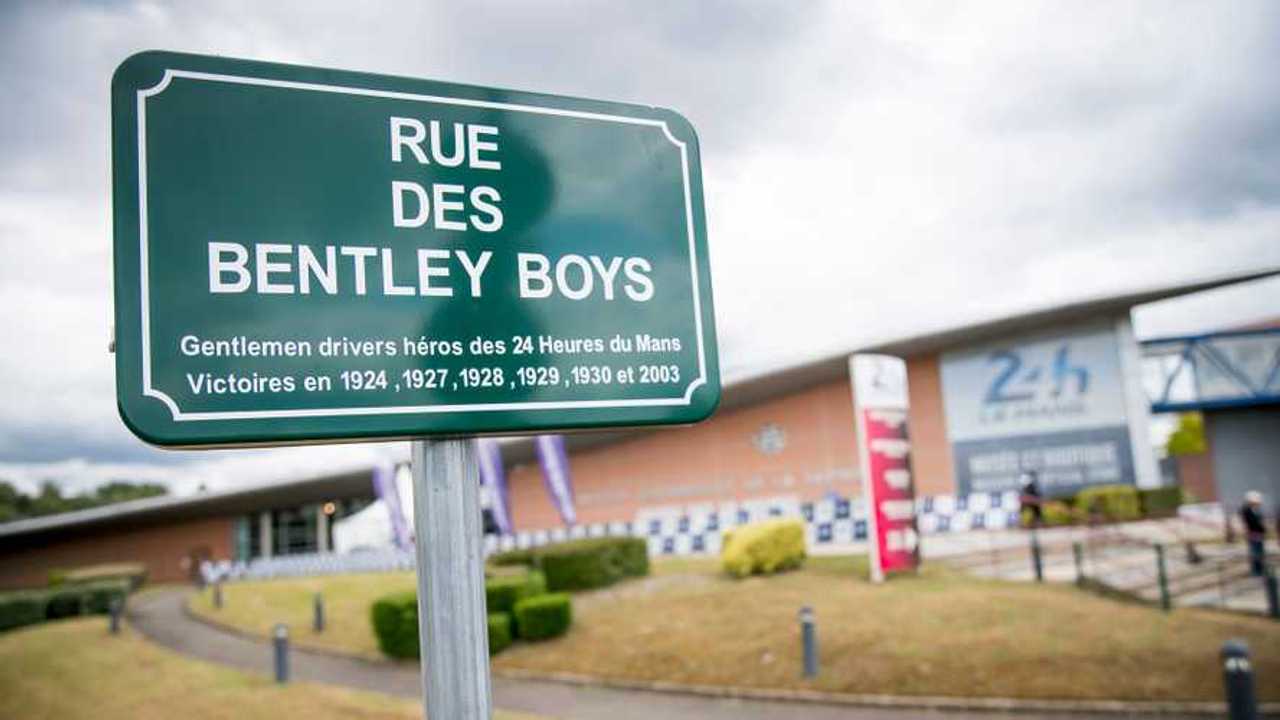 The City of Le Mans, home of the famous 24-hour endurance race, has renamed a street to celebrate Bentley’s centenary this year.

The Rue de Laigne, which runs from Le Mans to the Circuit de la Sarthe race track, will become the Rue des Bentley Boys, in honour of the wealthy gentlemen racers who made the British brand’s name in motor sport. Back in the early 1920s, these amateur drivers managed incredible success at the Le Mans 24-hour race, with the 3-litre Bentley of John Duff and Frank Clement taking the win in 1924. Another win followed in 1927 - a victory that would prove to be the first of four consecutive first-place finishes for the Bentley Boys.

After a 73-year absence, Bentley returned to Le Mans in the early 2000s, winning the race again in 2003. The decision to rename one of Le Mans’ streets in the company’s centenary year was taken to honour of the brand’s achievements. The Mayor of Le Mans, M.Stéphane Le Foll, led the renaming ceremony along with representatives of Auto Club de l’Ouest, Bentley’s director of motorsport, Brian Gush and Bentley’s head of heritage collection, Robin Peel.

And the new road name is not the only event marking 100 years of Bentley at this year’s Le Mans race. The showpiece race which took place this past weekend was preceded by a Bentley parade lap, featuring 25 Bentleys past and present. A Brooklands, Continental GT3-R and the 4 ½ Blower all took to the track, led by the new Flying Spur four-door saloon and the 2003 race-winning EXP Speed 8.

The race also hosted a trackside display with several notable Bentley models, including previous Le Mans winners. Bentley Motor’s Birkin Team Car, the 3-Litre No 2 Team Car from the 1930 race and the 1926 3-Litre Team Car No 8 were there. EXP 2, the oldest surviving Bentley, the most successful racing Bentley ever, was also on display. Despite never having raced at Le Mans, the car managed 11 first and 7 second places in its racing career.

Finally, the Cheshire-based brand opened a new display at the 24 Hours of Le Mans Museum, which sits next to the track and showcases a range of notable Le Mans competitors. Sitting alongside cars such as the Porsche 917 and the 1949 Ferrari 166 MM, the Bentley anniversary display will honour the manufacturer’s six famous victories at the event. Running until September, the exhibition will include replicas of the Speed 8 and Speed 6.