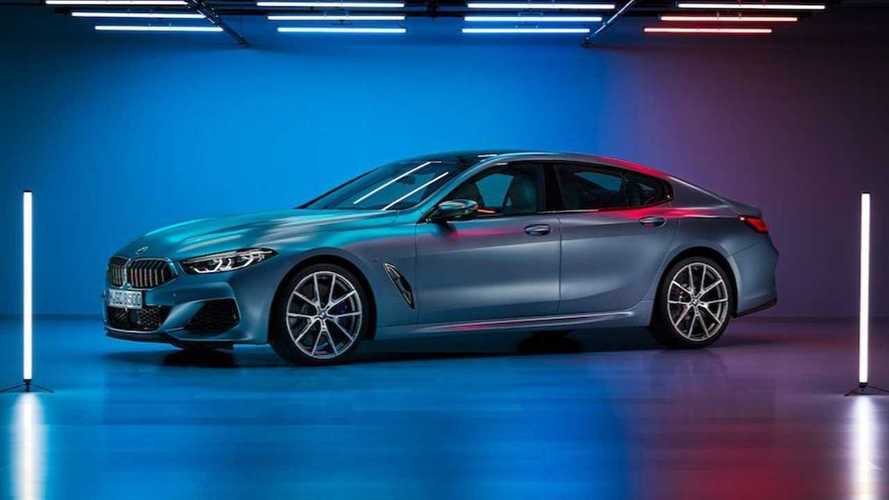 An official debut is scheduled for June 18.

The teasing game for the first-ever BMW 8 Series Gran Coupe officially started in early May confirming the debut of the car is finally coming in June. Approximately two weeks after the first sketches were released, we received a batch of spy photos showing an almost completely undisguised prototype, and now a leaked photo basically reveals the stylish four-door coupe in its entirety.

The single studio shot here comes courtesy of Car and Driver and reveals a gorgeous-looking vehicle with a sloped roofline and four doors. The proportions seem familiar given into account the 8 Series Gran Coupe acts as the spiritual successor for the 6 Series Gran Coupe. The basic idea remains unchanged but the execution is more stylish.

Naturally, the front end is largely shared with the 8 Series coupe and convertible but the expanded body thanks to the addition of two rear doors and the short rear overhang create a beautiful overall silhouette. As far as we can tell by looking at the front bumper, this is likely the M850i trim with a V8 engine.

This means the car you see depicted here has BMW’s 4.4-litre twin-turbo V8 generating 523 bhp and 553 pound-feet. It is mated to an eight-speed automatic gearbox, which sends power to all four wheels through an xDrive all-wheel-drive system. This powertrain is also available for the 8 Series coupe and convertible.

Customers in Europe will also get the diesel-powered 840d equipped with a 3.0-litre twin-turbo inline-six diesel offering 315 bhp and 502 lb-ft. Later during the model’s lifecycle, BMW will most likely launch the 840i with a 3.0-litre turbocharged inline-six petrol engine good for 335 bhp and 332 lb-ft. A range-topping M variant is also in the works.

We’ll know everything about the new 8 Series Gran Coupe next week when BMW will officially unveil its beautiful saloon. Stay tuned!