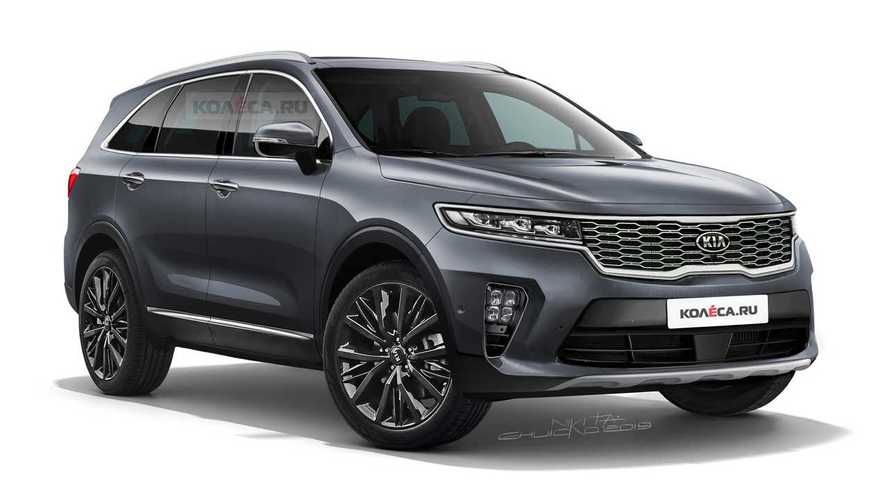 The Sorento receives an evolutionary design.

Kia is gearing up to release its next-generation Sorento crossover. We’ve spied modestly camouflaged prototypes testing with noticeable coverings on the front and rear, hiding many of the upcoming changes. The next-gen crossover comes hot on the heels of a refresh for the 2019 model year. In the competitive crossover market, staying fresh is key to finding sales success. While the reveal of the next-gen Sorento is likely months away, our pals at Kolesa.ru have rendered the crossover, taking many of the hints at its future design and creating an elegant vehicle.

Here's what's next for the Kia Sorento:

The rendering features a redesigned front and rear end, which makes sense considering these parts of the test prototypes are the most heavily camouflaged. There’s a new clamshell-style bonnet, sleeker headlights, revised fog lights, and a new lower front fascia that draws attention to the new, subdued grille design. The front also looks taller and more upright than the front of the current model while the side mirrors are placed on stalks. Overall, the rendering falls much more in line with Kia’s current design language.

The same thing is true about the rear of the vehicle. Everything is more refined with sleek taillights with the rear hatch appearing unchanged in the rendering. However, spy photos show a heavily camouflaged back end, making any assumptions about the rear’s design impossible. The rendering keeps changes modest, refining the design more so than the 2019 refresh did. With no spy photos of the interior, there is no rendering to show how the inside design could change. However, it should follow other recently updated Kia vehicles

It feels a bit strange to see Kia again updating the Sorento so soon after a 2019 model year refresh. Since entering its third generation for the 2016 model year, Kia has already updated the design once. However, when the next-gen Sorento debuts, whenever that is, the current model could be one or two years old with the third-generation Sorento looking a bit long in the tooth. The redesign may come just in time.