2020 Audi A3 spied testing its brakes on mountain roads 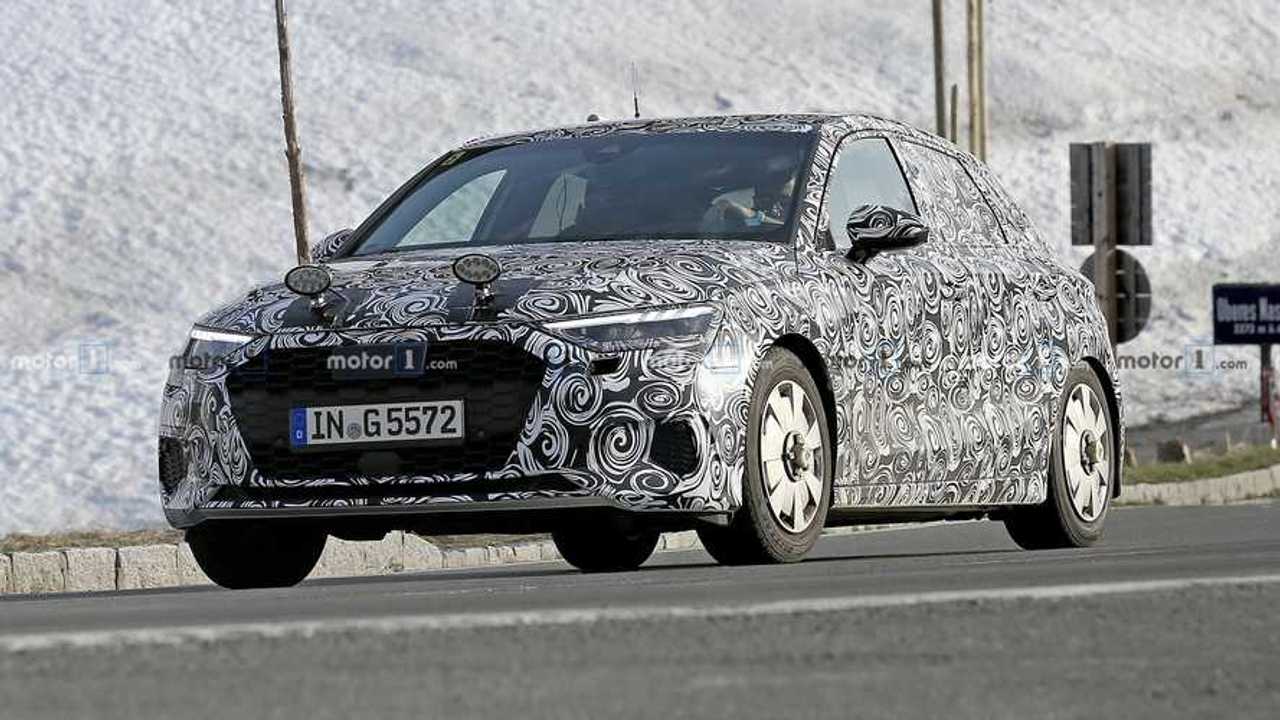 It’s been a little while since we last saw the Audi A3, but testing continues for the facelifted compact hatchback. In fact, our last spy photoshoot saw a camo-wrapped Sportback model cold-weather testing in the north. There’s still snow in these latest shots, but we suspect the mission this time is high-altitude experimentation, as these photos come from the Alps.

The facelifted A3 is coming:

You’ll immediately notice some rather interesting wheels on this test vehicle.  At first glance, one might think this is an electric prototype, but a red sticker on the rear hatch reading Bremsen Test is rather telling. Translated to English, Bremsen means brake so there’s very good reason to believe Audi is torturing the callipers and rotors on this model. High-altitude testing isn’t just about measuring engine performance in a thinner atmosphere – what goes up must come down, and anyone who’s tackled mountain roads knows just how much the brakes get used on steep grades.

As for the exterior features, camouflage wrapping still covers the entire car so we’re not privy to anything new. The next A3 will get a wider, narrower grille that follows suit with other recently revealed Audis. The corner vents on the front fascia will shrink slightly. Headlights also get a minor redesign that should give the A3 a cleaner, more symmetrical face.

Inside, the base A3 may not change much from the current model, though higher trim levels could get a rather significant makeover. Spy shots of the S3 Sportback from December 2018 caught a glimpse of an edgy dash that ditches the round climate control vents for trapezoid outlets. A digital display was seen nestled in the middle of the dash, with another digital display used for the instrument cluster.

The amped-up S3 likely won’t arrive until next year, but it’s possible we could see the A3 revealed later this year. It will only come in saloon and five-door variants.