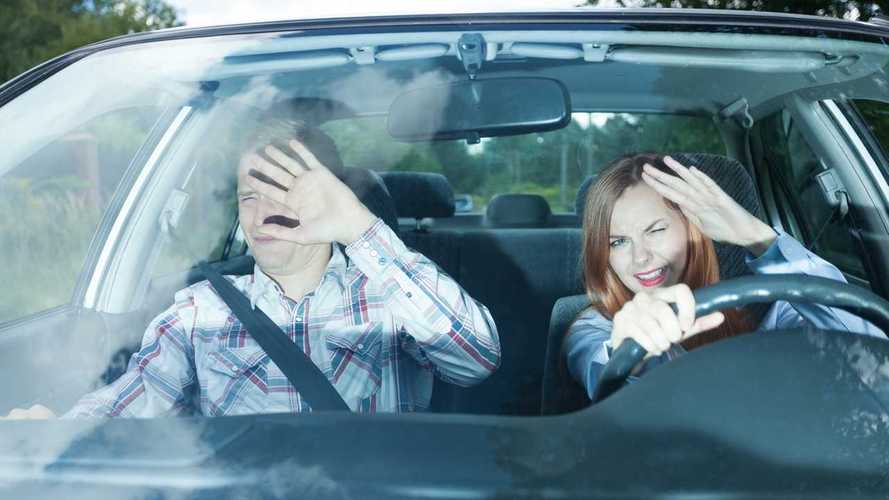 RAC study suggests drivers think they are being dazzled more often than ever.

Around nine in 10 drivers think cars’ headlights are too bright, with more than half thinking the problem is getting worse.

That’s the conclusion of new research by the RAC, which surveyed more than 1,200 motorists and found that 91 percent thought ‘some’ or ‘most’ car headlights are too bright, while 54 percent of those saying they are dazzled more regularly now than a year ago.

Six in 10 of those affected say they are regularly dazzled by oncoming headlights, even though they are on dipped beam, while 45 percent say they are often dazzled by lights in their rear-view mirrors. More strikingly, however, almost three-quarters (70 percent) said they thought some lights were so bright they posed a risk to road users. And the RAC says that implication may have some merit, as roughly 300 collisions a year are caused - at least in part - by drivers being dazzled.

However, the research also found that despite their complaints about headlights, some drivers may be causing others to be dazzled. Almost half of respondents (47 percent) either never adjust their car headlights up or down when carrying different loads, or don’t do it regularly enough – an adjustment the RAC says is important because heavy loads can effectively raise the nose of the car, making it easier for other drivers to be dazzled.

A quarter of drivers (26 percent), meanwhile, confess to having problems with their headlights’ alignment. And nine percent of those either attempt to sort the problem themselves or simply ignore it.

RAC spokesperson Rod Dennis said the issue of dazzle was a complicated one that depended on a number of different factors.

“The dazzling effect of another driver’s headlights isn’t just uncomfortable – in some cases it can be nothing short of dangerous, making us lose sight of the road for a short time,” he said. “So it’s concerning to see that a greater proportion of drivers have reported problems with glare this year than last year.

“Among some drivers there is a perception that newer headlights cause more glare. But while a sizeable proportion claim it is the xenon headlights more often found in higher-end vehicles that are primarily to blame, a greater proportion either don’t know the difference between lights or aren’t sure.

“In reality, the issue of glare is a complex one and it’s not as straightforward as saying one type of lightbulb causes more of a dazzling effect than another – there are a range of reasons why a driver might be dazzled, from a slight misalignment of a headlight, the difference in ride height of different vehicles and even individual people’s vision. That explains why not every car headlight appears to be dazzling, with eight-in-10 drivers saying only some cause glare.

“Nonetheless, all headlights have to meet specific international standards, which motorists might be surprised to discover haven’t been updated since the 1960s and so do not take specific account of newer technologies like Xenon and LED. And an overwhelmingly proportion of drivers – 84 percent – now want the UK government to act to ensure the regulations are updated to remove the possibility of glare being a result of modern technology.”