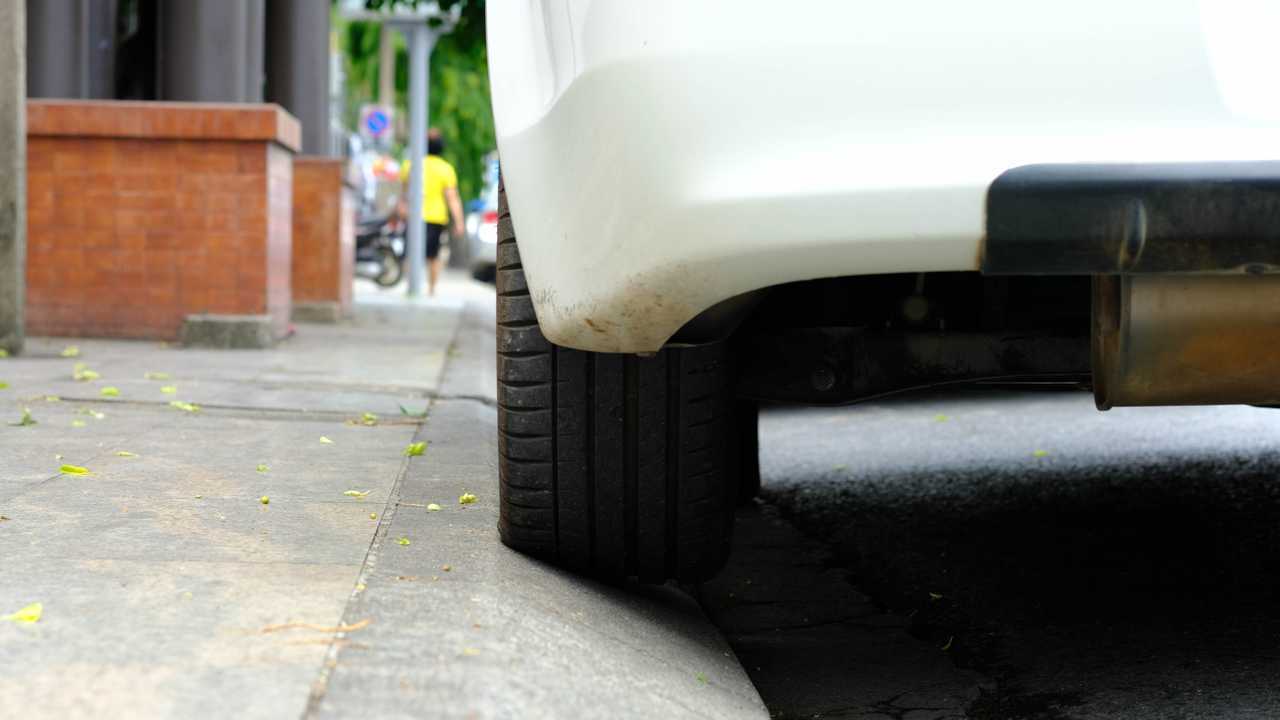 IAM RoadSmart says councils don't have the space or money to provide the necessary parking if mounting the pavement is banned.

An outright ban on pavement parking could necessitate the arrival of thousands of new car parking spaces that local authorities can ill afford, a leading road safety charity has said.

IAM RoadSmart, a division of the Institute of Advanced Motorists (IAM), issued the warning after the House of Commons Transport Committee launched an enquiry into pavement parking. The practice, which sees a vehicle parked with one or more wheels on the pavement, was described by the committee as creating “real problems”, including the obstruction of pavements and damage to kerbs.

In April, the committee asked for written evidence, which had to be submitted before May 14. That evidence has now been published, with several sizeable organisations presenting their thoughts on the matter.

In its submission to the committee, IAM RoadSmart pointed out that vehicles that would otherwise park on the pavement would need somewhere to go.

“If enforcement is going to be applied rigorously then councils should be forced to provide safe and secure alternative parking arrangements in those areas where pavement parking has been banned but worked perfectly well before,” the organisation said. “If a blanket ban is to go ahead, despite our and other organisations’ recommendations, the income from fines should be ring-fenced to improve parking facilities in the worst affected areas.”

However, IAM RoadSmart’s director of policy and research, Neil Greig, said increasing numbers of cars on the road meant local councils had neither the funding nor the road capacity to provide the extra spaces, while the implementation of a blanket ban would also be prohibitively expensive.

“New traffic orders, new signposting, new road markings and new enforcement administration will all be required at extra cost if a blanket ban is introduced,” he said. “Councils are already struggling to implement low emission zones, cycling and walking policies, active travel policies, 20 mph zones and a host for other transport measures against a background of budget cuts and dwindling resources.”

The AA agreed, saying in its submission: “We understand why an outright ban on pavement parking outside London might be considered, but believe any blanket decision without formal, street-by-street evaluation could have potentially serious unintended consequences. Many streets simply don’t have the space to meet local demand for ‘on-street’ parking while also maintaining enough road width to ensure that emergency service and other larger vehicles can pass unhindered.”

However, other organisations were more supportive of preventative measures. The Royal Society for the Prevention of Accidents (RoSPA) said there was “a case” for a nationwide ban.

“There would be benefits to some groups of road users to having legislation to help keep clear pavements,” the organisation said. “They would be able to use pavements without fear of having to risk going on the road to avoid vehicles parked on the pavements or indeed to having to abandon the journey. It would also reduce the level of damage to pavements and kerbs caused by vehicles, and so reduce the risk of pedestrians tripping and falling.”

Even so, RoSPA admitted that “the right balance must be struck”, with pavement parking sometimes proving necessary to maintain the traffic flow on narrow roads.

The Institute of Highway Engineers (IHE), meanwhile, said although pavement parking was sometimes “unavoidable in certain areas”, it was having a “considerable” effect, with obstructed pavements pushing pedestrians to “take unnecessary risks”, such as walking down the road. In its summary, the IHE said pavement parking had to become an offence bearing a penalty “if the problem is to be seriously tackled”, and recommended de-criminalising the practice to allow councils to deal with offenders.