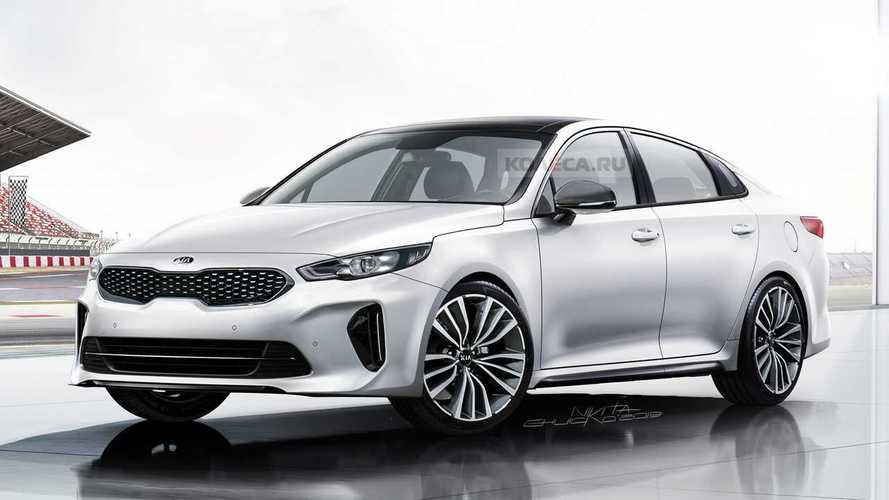 Kia has been focusing lately on SUVs with the release of the Telluride and the imminent debut of the XCeed in Europe along with the Seltos in North America. An all-new Sorento was spotted earlier this week, while the next-gen Mohave has also been caught by the spy camera and previewed through the Masterpiece concept. It’s safe to say the company has a lot on its plate right now when it comes to its high-riding portfolio, but that doesn’t mean saloons are being put on the backburner.

Even though the fourth-generation Optima has been around for only about four years, Kia has already been seen testing at home in South Korea the next iteration of its midsize saloon. Those prototypes had a lot of camouflage without revealing any sort of details about the design direction the Hyundai Sonata’s cousin will take, so the adjacent rendering courtesy of Kolesa.ru can be labeled as being purely speculative.

The digital exercise proposes fresh front and rear fascias with Ceed-inspired headlights and sleek taillights with a full-width LED light bar that is becoming more popular among automakers. Those spy shots we’ve mentioned before revealed a different placement of the side mirrors as Kia will move them lower on the doors rather than keeping them next to the A-pillars – a move which could lower wind noise and improve aero.

With the new Sonata being arguably one of the most attractive saloons to ever come from South Korea, we’re eager to see how its Kia sibling will be designed for its next iteration. We already have some preliminary details about the styling, with Kia’s design boss, Byungchul Juh, telling Autocar a few days ago the new Optima will represent the first step towards a fresh design approach.

He went on to mention there will be different designs of the corporate “tiger nose” grille for each segment, with the new Optima set to feature “unexpected details, and influences from general product design, cars, architecture, and fine art.” With these changes, Kia wants to separate itself furthermore from Hyundai when it comes to styling, so don’t expect the new Optima to be a simple variation of the Sonata. It’ll have its own identity to reflect Kia’s desire to become “young, challenging and cool – cooler than before.”

It’s unclear at this point how the interior will be transformed for the next-generation model, but sources close to the matter have told TheKoreanCarBlog the dashboard design will take inspiration from the Telluride large SUV. That being said, there will obviously be some changes to better suit a saloon.

If the rumour mill is to be believed, we might not have to wait much longer to see the next-gen Optima as the KDM-spec K5 will allegedly be out as early as September. There should be a 1.6-litre offered in two states of tune along with a new 2.5-litre unit rumoured to deliver 286 bhp. It is believed the 2.5T Optima will come with an optional all-wheel drive and a dual-clutch, eight-speed automatic transmission to boost the car’s appeal.