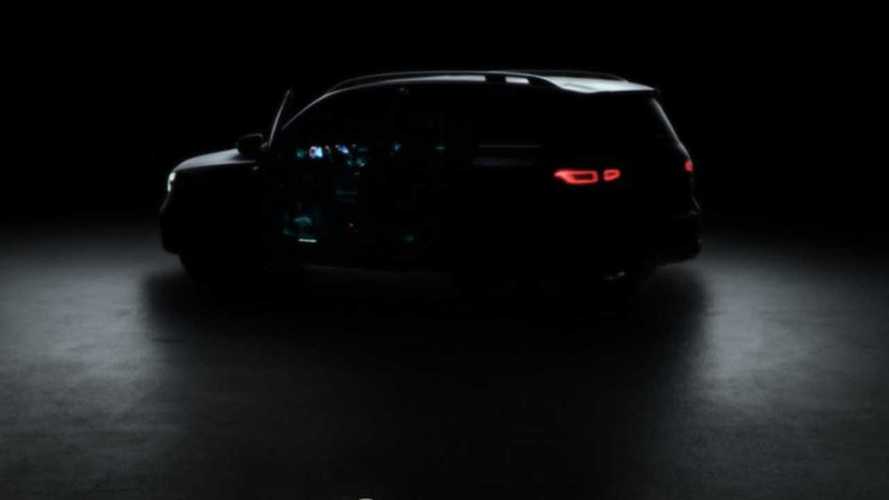 This usually means an official reveal is right around the corner.

First came the camouflage striptease, now comes the official teasers. Mercedes-Benz is ramping up the PR campaign for its forthcoming GLB-Class SUV. The compact people mover is slated to debut this summer, though an exact reveal date hasn’t been given thus far. With an official teaser campaign kicking off, that reveal could be coming sooner rather than later.

As you can see from Merc’s Facebook post, the teaser isn’t terrifically revealing save for the slightest of glimpses into what looks like a digital cockpit. The greenhouse should be very similar to what we see in the current A-Class, since the new GLB shares its bones with Merc's entry-level offering. The exterior silhouette doesn’t reveal anything we haven’t already seen, though this combined with recent spy photos shows us the boxy SUV won’t be quite as boxy as we originally thought. It still sports a bulky appearance compared to the GLC-Class, but by no means will it be a baby G-Class.

We’ve watched the new GLB-Class unfold over the course of many months, and while nothing is officially confirmed, we do know a few details. With its A-Class underpinnings, just about everything powertrain-related should stem from the compact. That includes the 2.0-litre turbocharged four-cylinder that will probably get AMG treatment further down the road, turning either the front wheels or all four. It’s also possible the GLB-Class could nix the front-wheel-drive option completely, considering Mercedes is engineering this SUV to have three rows of available seating.

2020 Mercedes GLB: Our best look yet thanks to new spy shots
⠀

2020 Mercedes GLB spied with less camo than ever before

As we mentioned previously, a specific reveal date isn’t known but with the teaser campaign underway, we could be talking about a couple of months or even a matter of weeks. When it debuts, it will join an ever-expanding lineup of crossovers and SUVs from Mercedes that seems to be never-ending.