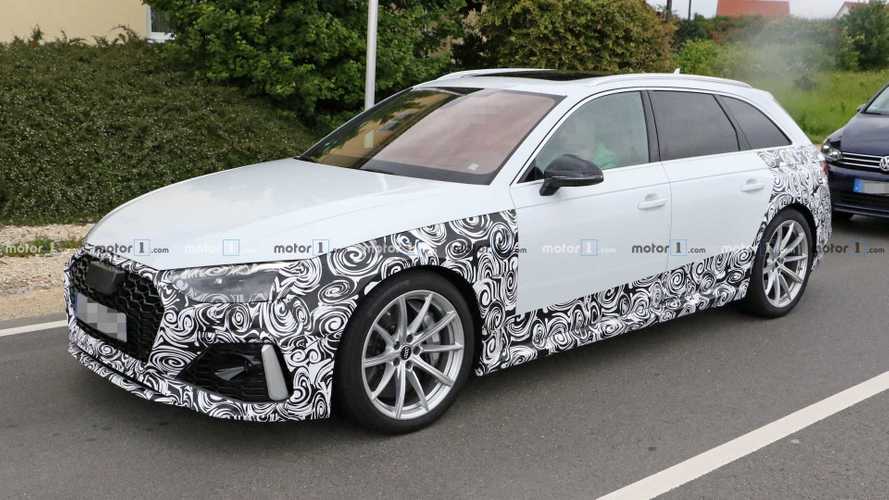 You don't need a crystal ball to see into the future of the super estate's styling changes.

When Audi introduced the thoroughly facelifted A4 lineup a couple of weeks ago, it revealed all versions with the exception of one. We’re talking about the cherry on top – the RS4 Avant – which will likely debut in the months to come. Having seen all of the other members, including the warm S4 Avant, it’s not all that difficult to imagine the styling changes the RS model will be going through to avoid a midlife crisis.

A prototype of Ingolstadt’s super estate has just been spotted in traffic to reveal the fully exposed taillights as well as most of the reshaped headlights. Like the lesser members of the family, the RS4 will be getting a wider front grille positioned slightly lower on the front fascia, along with discreetly updated bumpers. Audi might also throw in some fresh body paints and possibly new alloy wheel designs to spice things up furthermore.

While our spies were not able to take a look inside, we already have a good idea of what’s going on in the cabin as the other updated A4/S4 models have lost the rotary/push button control in favour of a storage area on the centre console. The latest MMI infotainment system with a 10.1-inch touchscreen will dominate the dashboard, but it won’t be integrated into the centre console like it is on the more expensive Audis. Larger models like the A6, A7, A8, and Q8 also boast a secondary touchscreen below the MMI to provide access to the climate settings while on the RS4 you’ll still have traditional buttons and knobs.

We aren’t expecting any updates for the engine as the twin-turbo 2.9-litre V6 is likely to produce the same 444 bhp and 443 pound-feet of torque as before. With a sprint to 62 mph in 4.1 seconds and a top speed of 174 mph, the RS4 Avant will soldier on as performance car dressed in a practical estate body style.

Audi could decide to bring the 2020 RS4 Avant at the Frankfurt Motor Show in September.

Get to know the updated RS4: