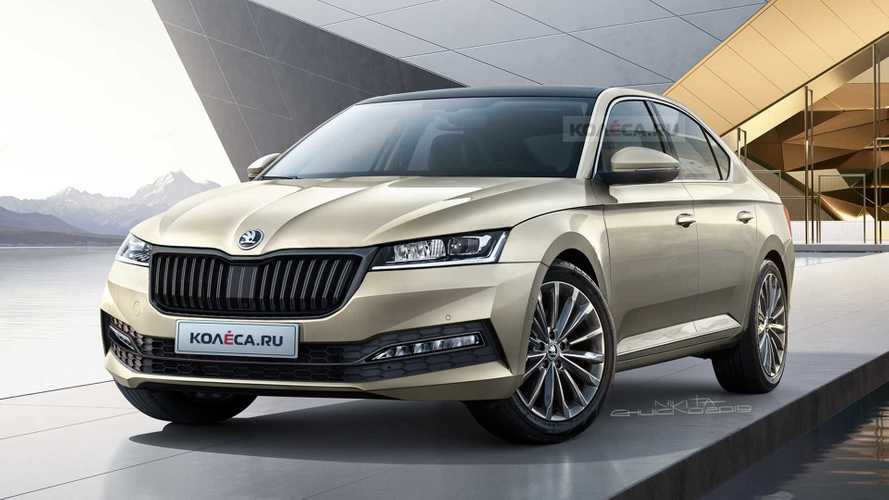 Skoda's best-selling car will get a more sophisticated look for its fourth generation.

Nearly two months ago, our own artist attempted to see into the future of the Skoda Octavia by rendering the fourth generation of the Czech Golf in the practical estate body style. Since then, several spy shots of the hugely popular compact car have emerged, with prototypes carrying the full production bodies. For this reason, our good pals at Kolesa.ru have decided to fire up Photoshop and digitally remove the disguise in an attempt to see into the future of the modern Octavia IV.

While all of the spy images so far have been showing the estate, the adjacent rendering illustrates the hatchback. Skoda has already promised to follow the same recipe with the car’s body style by retaining the saloon-like silhouette with the convenience of a hatch. The digital design exercise portraits the new Octavia with a more sophisticated look and slimmer headlights no longer with the split look that has plagued the current-gen car in its facelifted guise.

Since we’re on the subject of lights, the front fog lights appear to have been borrowed from the recently facelifted Superb where Skoda’s flagship model now has an LED horizontal bar in the front bumper. At the back, the taillights now extend onto the tailgate for the first time and have a configuration similar to what we’ve seen on the Scala, but obviously bigger to match the car’s larger footprint.

The new Octavia is likely the next car from Mladá Boleslav to drop the corporate badge at the back in favour of the “SKODA” lettering to echo the aforementioned Superb and Scala, but also the Kamiq. The rendering proposes those ghastly fake exhaust finishers we’re seeing more and more, but hopefully, that won’t be the case with the real thing.

Skoda has already announced it will introduce the next Octavia later this year, so we might get to check it out in the metal at the Frankfurt Motor Show in September.