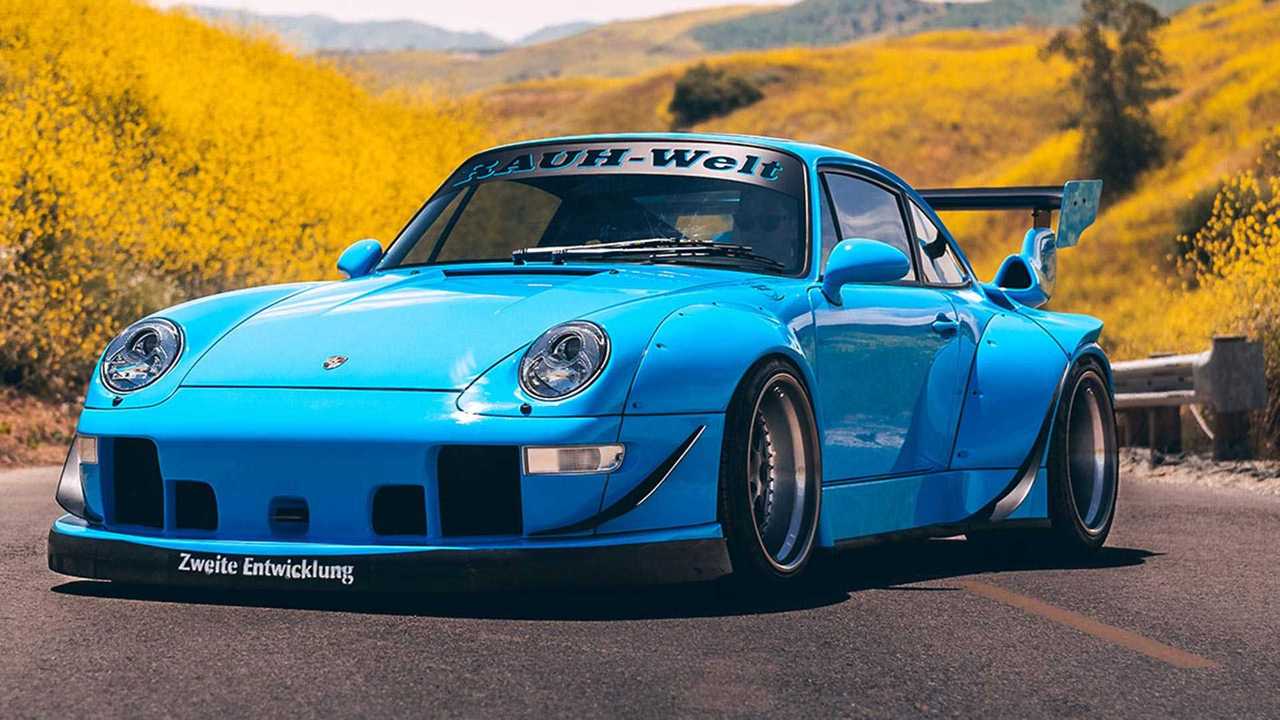 Those are some deep dish wheels at the back.

A Porsche 911 wearing a body kit from Rauh-Welt Begriff (RWB for short) is already special enough, but a new show car from Forgestar Wheels makes the coupe even more extraordinary. A variety of additional modifications make it perfect for a day of mountain carving or maybe even an occasional track day.

Forgestar contributes a set of its 18-inch M14 wheels with matte black centres and brushed metal rims with a tinted top coat. They measure 11 inches wide in front and 13.5 inches in the rear. Pirelli Corsa Tyres wrap around them.

The mechanical tweaks include a set of KW V3 coilovers and Stoptech ST40 brakes with cross-drilled rotors. There's also a custom exhaust that exits out of carbon fibre tips.

The interior changes show a motorsport influence. Occupants sit in leather-upholstered Momo Super Cup Seats with the RWB logo on the headrest. Drivers grip a Momo Mod 7 steering wheel. A high-set CAE shifter means the driver doesn't have to move his or her hand very far to change gears. Brushed metal for the gauge surrounds and ignition trim, in addition to drilled pedals, add a visual flourish to the cabin.