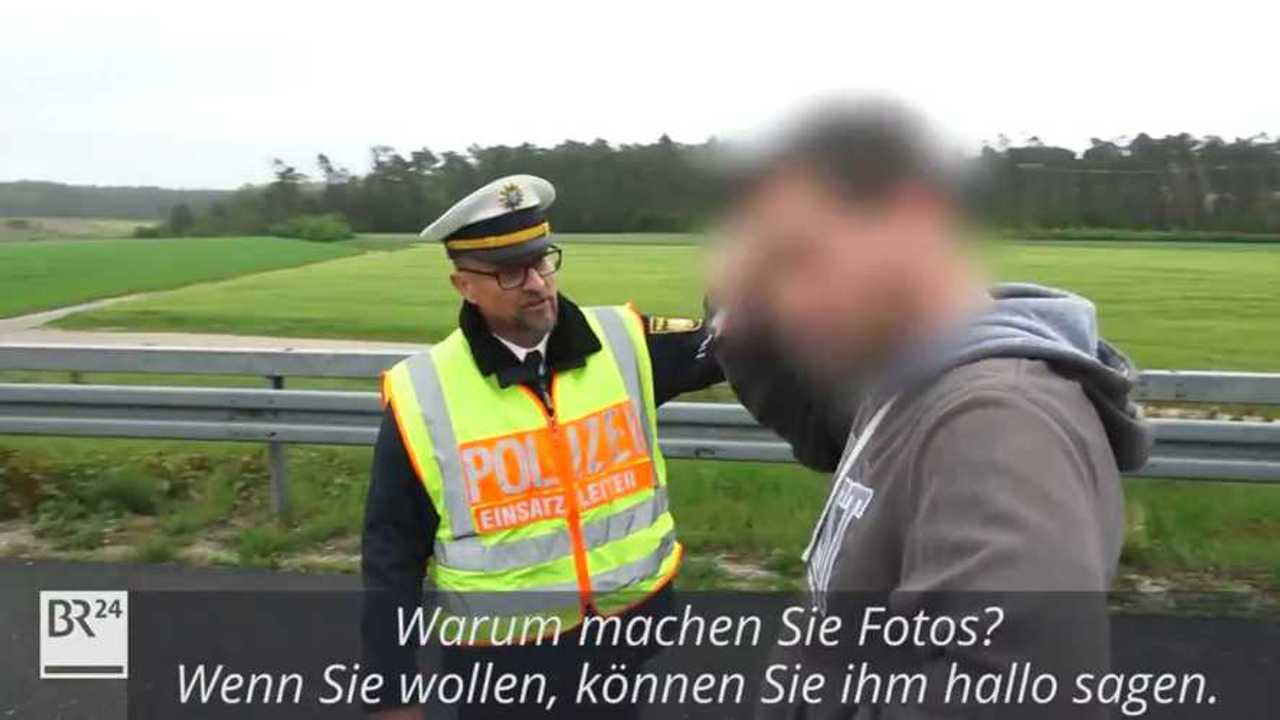 Stefan Pfeiffer laid down the law of people photographing a fatal accident this week.

We've all been stuck in traffic caused by people slowing down to stare at a major incident on the motorway.

It's unnecessary, disruptive, and disrespectful – especially if you're taking photos.

Using a phone while driving to do anything is never smart

Now one German police officer has gone viral for his commendable response to those photographic a fatal accident on one of the country's autobahns.

Stefan Pfeiffer was caught on camera slamming nosy motorists, and offering to show them the dead bodies of crash victims in a hard-hitting attempt to encourage drivers and passengers to stop filming the aftermaths of incidents.

"Come on, I'll show you something," Pfeiffer said in footage posted on Twitter by the BR24 news network. "Do you want to see the dead people – make pictures?"

"For us its definitely an opportunity to confront people on their behaviour," Pfeiffer said. "Simply to demand €128.50 and send them on their way won’t really teach them a lesson. They need to understand what they are actually doing."

"By shocking them, we want to make it clear that this is not a game but a bitter reality."

In Germany if you take unauthorised pictures are a crash scene, you are subject to a €128.50 fine, and risk causing other accidents on the road as well.

In the incident featured in the footage, a 47-year-old truck driver from Hungary died after his vehicle collided with a trailer on the A6 autobahn near Nuremburg. The incident took place on Tuesday of this week.