One in four people think it is safe to use a handheld mobile phone while behind the wheel in stationary traffic, according to new statistics.

More on the widespread use of phones behind the wheel: 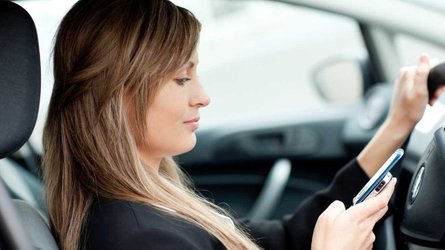 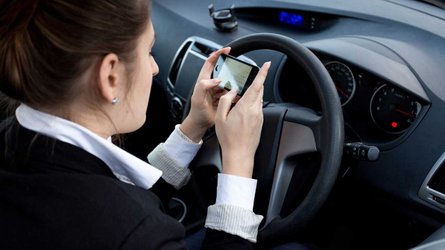 The government’s National Travel Attitudes Study (NTAS) revealed that a quarter of English adults aged over 16 think using their phone while in traffic is “safe”, despite being an offence. Those caught using a handheld phone while driving, even if the car is stopped in a traffic jam, face a £200 fine and six penalty points on their driving licence.

Despite this, and several public information campaigns, some six percent of the survey’s respondents thought it was “perfectly safe” to use a phone while driving a moving vehicle. That doesn’t sound like a huge proportion, but it could mean one in every 20 cars you see on the road is being driven by someone who thinks it’s safe to make calls while driving. More encouragingly, though, 62 percent of those questioned said they thought making phone calls while driving was unsafe, even if the driver uses a hands-free kit.

But according to the study, most drivers think the law is not being properly enforced when it comes to phone use. Three-quarters of respondents said the police are not upholding the law properly, suggesting that too many drivers are seen to be getting away with using handheld phones.

As a result, road safety charity Brake has called on the government to offer police more resources to tackle phone use, as well as urging the powers that be to introduce a new law banning all phone use while driving, even through hands-free systems. The organisation says hands-free phones are just as distracting as handheld devices, as the main danger arises from the distraction of the call, rather than from the holding of a device. Brake also claims that the crash risk when using a phone “can be greater than someone who is drunk-driving”.

Joshua Harris, Brake’s director of campaigns, said the existing rules were giving drivers a “false impression” about phone use.

“Using a phone when behind the wheel can impair you as much as driving drunk so it’s a real concern that one in four people think it’s safe to use their phone when behind the wheel in stationary traffic,” he said. “A car is a lethal weapon and it only takes a moment’s inattention to result in devastating consequences. It’s equally worrying that three-quarters of people feel that the law is not being properly enforced, a situation which may lead some to think they can get away with using their phone behind the wheel.