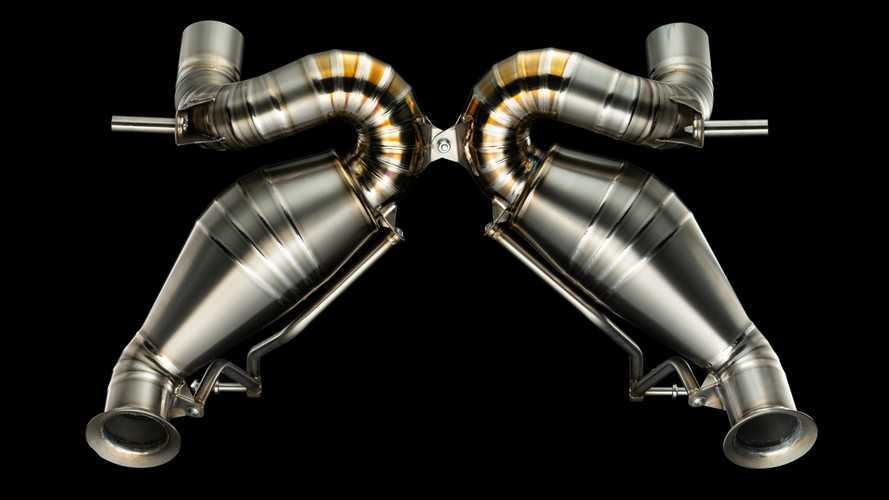 The all-titanium exhaust is a thing of beauty.

Weighing in at 1,525 kilograms before adding fluids, the Lamborghini Aventador Superveloce Jota in coupe form could sure lose a few. There’s good news to share for those one-percenters able to afford the latest iteration of Sant’Agata Bolognese’s V12 monster as the company’s former chief test driver, Valentino Balboni, has an upgrade that will shave off some weight.

After decades of testing and developing Lamborghini models, Balboni retired in 2008, with the company deciding to celebrate his career a year later by releasing a special-edition rear-wheel-drive Gallardo that carried his name. In 2016, he got back into the game by founding a new company simply called “VB” to develop aftermarket exhausts for various supercars carrying the raging bull badge. He kicked things off with the Aventador SV before focusing on the Aventador S.

Now, it’s the SVJ’s turn to get the VB treatment courtesy of a custom exhaust system made entirely out of titanium. Tipping the scales at a mere 4.66 kg, the exhaust lowers the supercar’s weight by one percent. Much thought was put into the design as the shape is reminiscent of the horns of a raging bull, and it’s too bad only in these images most of us we’ll see the exhaust in all of its glory.

Not that VB will be making a lot of them anyway since production will be capped at 63 units, plus another 15 part of Valentino’s signature edition. Made in Italy, the new exhaust is targeting a limited crowd taking into account Lamborghini is assembling only 900 SVJ coupes and 800 SVJ roadsters. No word about how much it costs, but if you can afford to pay the £291,667 Lambo is asking for the coupe or £323,323 for the roadster, your bank account can probably handle the exhaust as well.

The Superveloce Jota in the news: