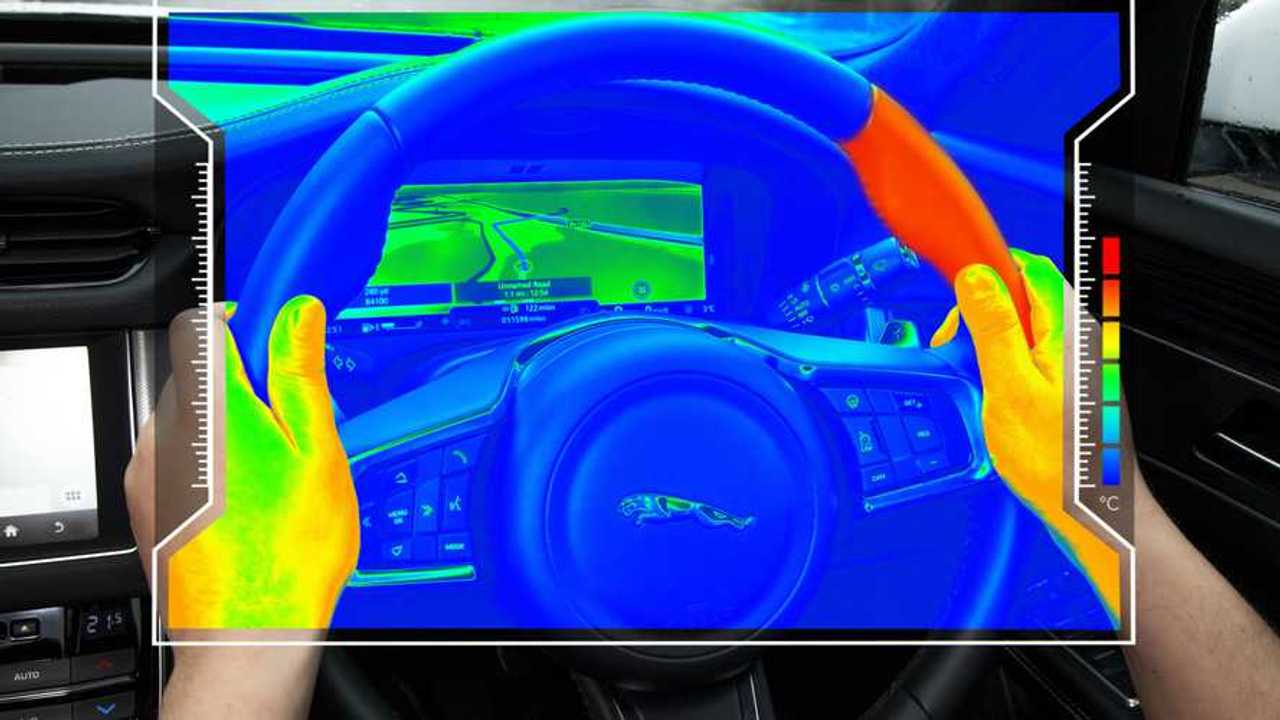 The technology could save lives.

Heated steering wheels are great — I know that because my car doesn't have one, and I live in the north of England, where it's cold all the time.

But do you know what's greater than a heated steering wheel? A steering wheel that has the ability to save lives. You may think I've gone mad, but the boffins at Jaguar Land Rover and Glasgow University have developed such a device.

It's called the 'sensory steering wheel', and it helps drivers keep their eyes on the road by using heat to tell driver whether to turn left or right.

The heating and cooling elements of the wheel, which rapidly warm or cool one side by a difference of up to 6oC, also help drivers know when to change lane, and can warn of upcoming junctions if visibility is poor. Similar technology has also been applied to the gear-shift paddles for when semi-autonomous cars of the future hand control back to the driver.

"Safety is a number one priority for Jaguar Land Rover and we are committed to continuously improving our vehicles with the latest technological developments as well as preparing the business for a self-driving future," said Alexandros Mouzakitis, Jaguar Land Rover Electrical Research senior manager. "The 'sensory steering wheel' is all part of this vision, with thermal cues able to reduce the amount of time drivers have to take their eyes off the road."

"Research has shown people readily understand the heating and cooling dynamics to denote directions and the subtlety of temperature change can be perfect for certain feedback that doesn’t require a more intrusive audio or vibration-based cue."

The device would certainly be a good addition to road cars — in the US alone driver distraction is responsible for 10 percent of fatal crashes and Jaguar Land Rover thinks that by offering thermal cues, that number can be reduced.

Jaguar Land Rover-funded research, which is part of a PhD study undertaken by Patrizia Di Campli San Vito at Glasgow University as part of its Glasgow Interactive Systems Research Section (GIST) also showed that temperature-based instructions could also be used for non-urgent notifications, where vibrations could be deemed unnecessarily attention grabbing, such as a warning when fuel is running low, or for upcoming events, such as points of interest. Thermal cues can also be used where audio feedback would be deemed too disruptive as well.