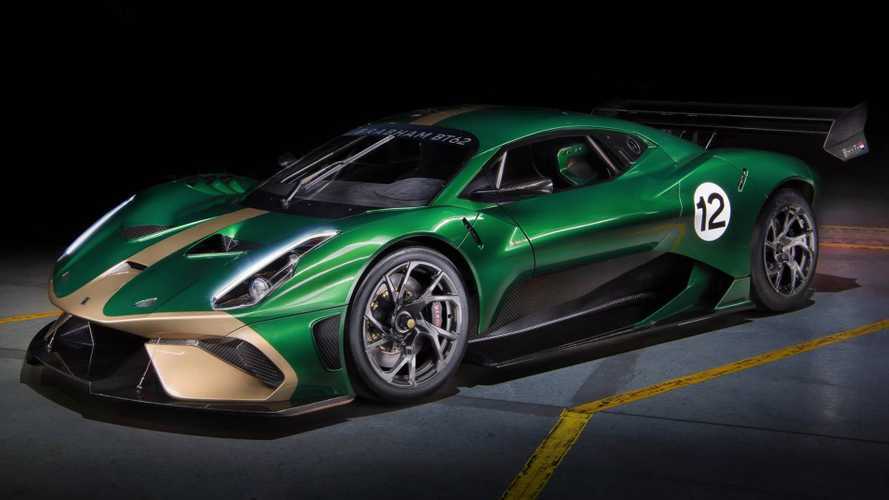 It will reportedly be a compliant road car that can still attack a race track.

Last year, Australian-based Brabham Automotive revealed a rather epic hypercar at the Goodwood Festival of Speed called the BT62. The storied company has a long history in race cars, but at that historic British event, Motor1.com learned that Brabham had plans for additional street-legal models. Things were merely theoretical at that point, but now it seems plans are progressing further towards such a follow-up to the track-only BT62.

Though still very much theoretical, Motoring Research reports the company is presently developing a new car that will be a bit softer, more user-friendly, and obviously road-compliant compared to the hardcore BT62. No details of this machine are known at this time, save for it being a road-going car that will also be at home on a race track. Admittedly, that’s not exactly a smoking gun, and it’s scarcely more than we learned last year, save for two significant details: the new car is already in development, and the company plans to sell considerably more of them compared to the ultra-rare BT62.

Before you start saving your spare change to buy a new “mainstream” Brabham, don’t get your hopes up just yet. For those not familiar with Brabham’s current track-day hypercar, only 70 are planned for production and the price tag for each is in the neighbourhood of £1 million. Even if production on the new car is doubled and the price cut in half, you’re still talking about something costing upwards of £500,000 with less than under 200 cars built. The price is speculative, but Brabham reportedly mentioned such production figures to Motoring Research.

That’s a lot of coin for a segment where niche, street-legal hypercars seem to be materialising left and right. Brabham at least has some real-world credibility to back up its new model, not the least of which being its racing pedigree that spans over 70 years. And then there’s the BT62, using a 700-bhp 5.4-litre V8 bolted to a car that weighs just 972 kg. So yeah, there’s no question the company knows how to make cars go very fast.

Now, we’ll have to see if that know-how can translate to something friendly for the street.