Ronaldo rolling around in a McLaren 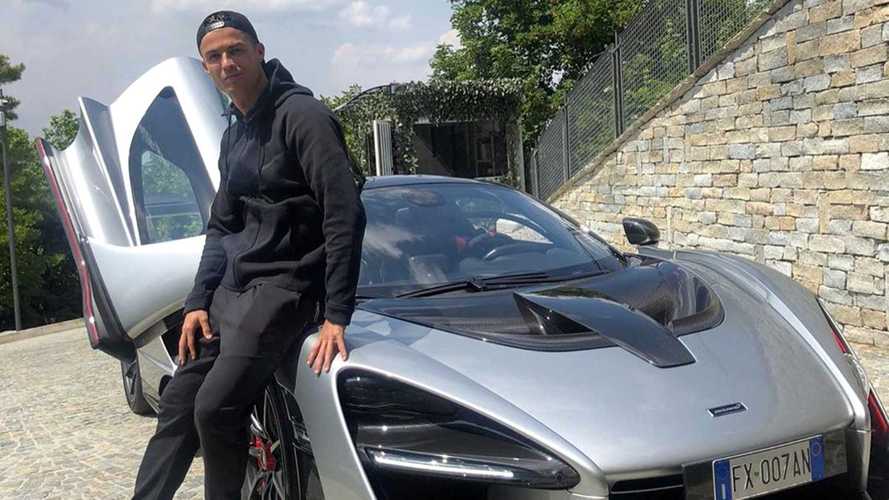 The football superstar has a new supercar.

Cristiano Ronaldo may well be best known as one of the greatest footballers to have ever lived, but he's also quite the petrolhead.

The Juventus forward has owned countless high-end cars over the years, including a string of Bugattis (although not La Voiture Noire which he was rather hilariously, and incorrectly linked with recently), Lamborghinis, Rolls-Royces, Mercedes, Audis, and Ferraris — including a 599 GTB Fiorano that he famously crashed in the tunnel under the runways at Manchester Airport while he was playing for Manchester United.

Check out the McLaren Senna

Now the five-time Ballon d'or winner has revealed his latest acquisition — a McLaren Senna, which is finished in silver and polished carbon, with flashes of red.

Ronaldo showed the car off on Instagram last week, just before he headed to the Monaco Grand Prix where he hung out with Mercedes driver Lewis Hamilton.

The Senna was the second hypercar to come from the present-day incarnation of McLaren's road car business, following the P1, which arrived 21 years after the legendary F1.

The Senna is powered by a 4.0-litre twin-turbo V8 putting out just under 790 bhp, or 659 bhp per tonne. The engine is mated to a seven-speed dual-clutch transmission which all helps propel it from 0-62 in a P1-equalling 2.8 seconds and onto a top speed of 211 mph.

Only 500 Sennas are being built by McLaren, with Ronaldo arguably being the most famous owner of one so far. The Woking firm has been churning them out at quite a rate, with its next hypercar, the Speedtail, set to begin production later this year.

The car is the fastest to lap The Grand Tour's soon-to-be-redundant test track, and starred as the cover star on the Forza Horizon 4 video game.