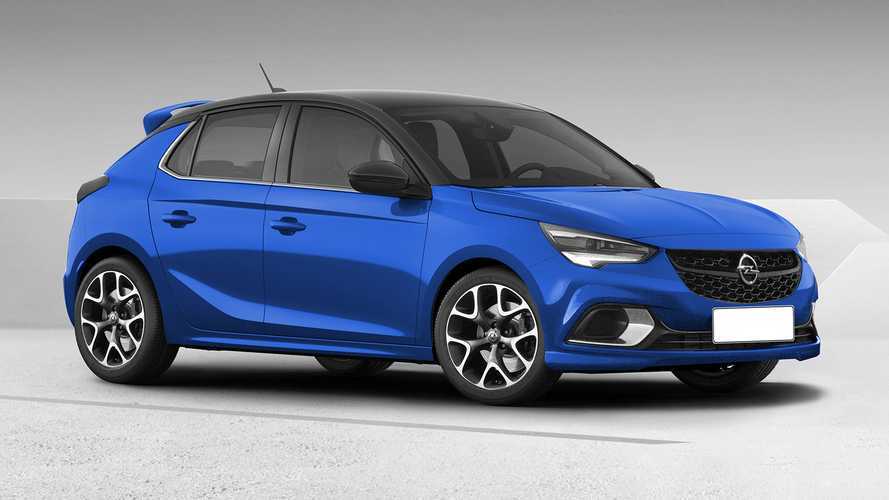 Will it actually happen? We believe so.

The sixth-generation Vauxhall Corsa debuted last week with an all-electric powertrain shared with the new Peugeot 208. In this form, it delivers 134 bhp and offers a range of up to 205 miles measured by the new WLTP cycle. The EV will be joined by ICE-powered versions, including regular petrol and diesel cars, as well as (most likely) an VXR range-topper. The latter has been envisioned in new renderings by Kleber Silva.

These digital drawings come to show the smart design of the new Corsa will serve as a good foundation for a sportier five-door model. A number of exterior tweaks, including new bumpers with larger air intakes, larger wheels, and a twin-exhaust system integrated into the rear diffuser, give the car a more aggressive look. The designer also puts small VXR badges and gives the hot hatch a two-tone finish with dominating blue colour for the body.

We haven’t heard anything about an OPC version of the new Corsa yet, but it’s probably safe to assume one is in the works. Given the fact that the new model is up to 108 kilograms lighter than its predecessor, a small turbocharged engine at the front would do wonders with the four-door supermini. Proper suspension and brakes in combination with more power could make for a solid pocket rocket.

All you need to know about the new Corsa:

As a reminder, the fifth-generation Corsa was offered in VXR trim which had a 1.6-litre turbo engine good for 204 bhp and 181 pound-feet of torque between 1,900 and 5,800 rpm. The most powerful internal combustion engine for the new Corsa, at least initially, is expected to be a 1.2-litre Peugeot-sourced unit with 128 bhp. There will also be a 1.5-litre diesel with 99 bhp.