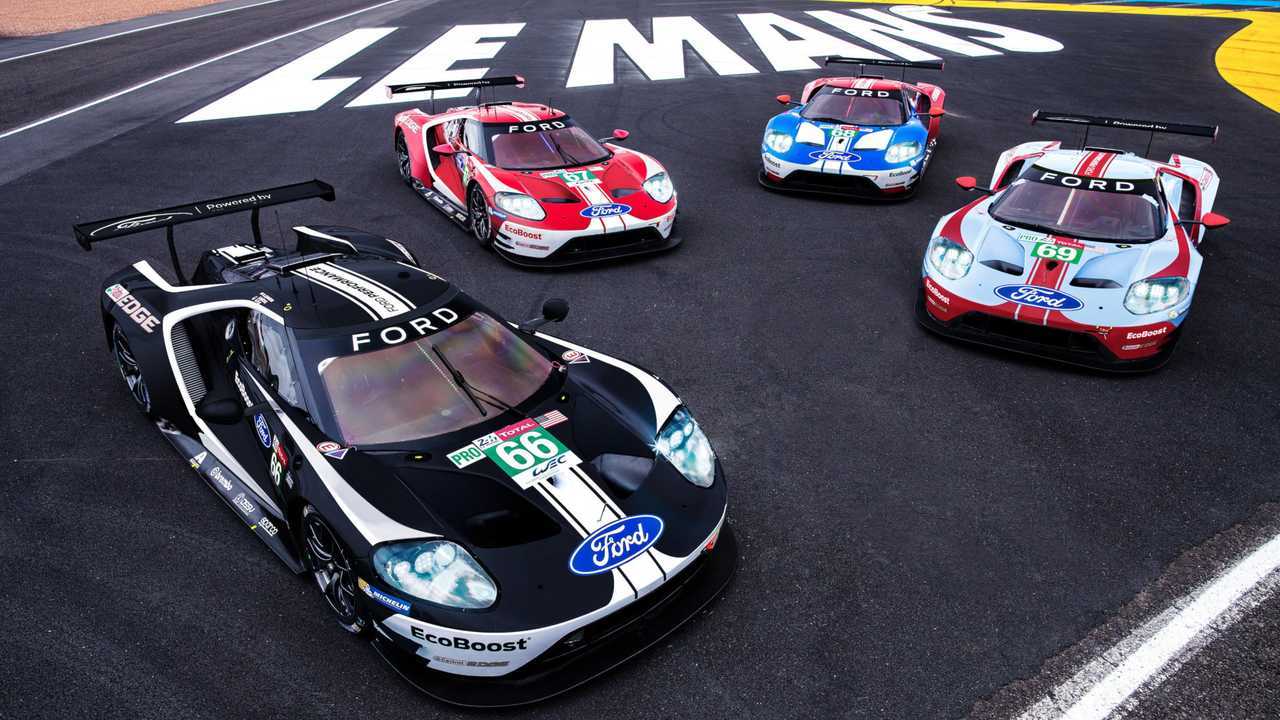 Ford will pay homage to a pair of its outright Le Mans 24 Hours winners from the 1960s with retro liveries on its factory GTE Pro contenders in this year's race.

Two of the four Ford GTs entered under the Ganassi banner for the World Endurance Championship finale on June 15/16 will run in colour schemes that echo those of the marque's 1966 and '67 Le Mans-winning MkII and MkIV GT40s.

The #66 Ford run by the Silverstone-based WEC Ganassi squad will race in a livery derived from that of the Shelby American team's MkII that triumphed at Le Mans in 1966 with Bruce McLaren and Chris Amon driving.

The Shelby-run MkIV in which Dan Gurney and AJ Foyt won the following year is remembered on the #67 WEC entry.

The #69 Ford GT run by the US Ganassi team that competes in the IMSA SportsCar Championship in North America will bear the colours of the second-placed car from Le Mans '66 driven by Denny Hulme and Ken Miles.

The team's #66 entry will race in the same livery in which it claimed GTE Pro honours on the Ford GT's debut at Le Mans in 2016.

The retro liveries mark the culmination of the factory Ford GT programme at Le Mans: the race will be the final appearance for the WEC squad, while the US Ganassi team's factory IMSA programme will finish at the end of the season.

Ford executive chairman Bill Ford said: “In 2016, Ford returned to Le Mans to mark the 50th anniversary of our incredible 1966 win and we celebrated in the best way possible by winning the race [in class].

"To stand on that podium on behalf of the employees was a proud moment for me and I look forward returning to Le Mans this year to support the team as we approach our final race in this chapter.”

The JW Automotive team took the top spot with Gulf-liveried GT40s in '68 and '69 with Pedro Rodriguez and Lucien Bianchi and then Jacky Ickx and Jackie Oliver driving.