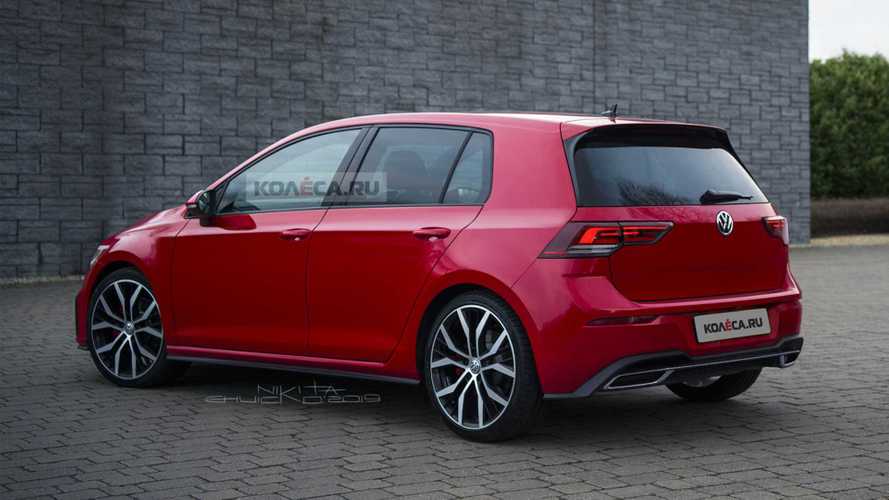 The immensely popular hatchback is about to get a makeover.

The road to the new Volkswagen Golf’s reveal has been paved with lots of spy shots and a few official teasers, which have now all come together for a rendering seeing into the near and somewhat predictable future of the Mk VIII. Confirmed for a reveal sometime in October at home in Wolfsburg, Germany, Europe’s most popular car and at the same VW’s best-selling model has been rendered in production guise by our pals at Kolesa.ru.

Being a VW Golf, that means we shouldn’t be expecting any major design changes with the switch to the eighth iteration. Camouflaged prototypes caught by our spies exhibited a very familiar design hiding underneath the disguise, with perhaps the most obvious change being the shape of the headlights. A minor bump in size is expected, with a slightly longer wheelbase likely to make way for more room inside the cabin.

Some of the test vehicles not only had the headlights exposed, but also the taillights showcasing an evolutionary design. As some of you may recall, VW shared a few renderings back in October 2018 about the next generation of interactive LED taillights, and those might’ve actually belonged to the new Golf. The jury is still out on that, but they do look almost identical to those of prototypes. It’s not something particularly exciting, but as the saying goes, “if it ain’t broke, don’t fix it.”

The minor bump in size we mentioned will likely be reflected in the length of the rear doors as these are expected to be elongated a little bit. The side profile of the prototype also showed new mirror caps moved slightly lower on the doors, which could have a positive impact on comfort by reducing the amount of wind noise. The three-door Golf is unlikely to return for the next generation, with demand for this body style dropping in the compact hatchback segment.

While the adjacent renderings are not allowing us to hop inside the new Golf, spies caught the dashboard of a prototype without any camouflage whatsoever. The test vehicle had a dual digital setup with what looked to be a touch-sensitive bar for the climate settings in a very BMW fashion, positioned underneath the infotainment system on the centre console. VW’s own official interior sketch further confirmed the revolution inside the Golf’s cabin, with the touchscreen expected to incorporate a vast majority of the functions to seriously cut down on the number of physical buttons.

A variety of petrol and diesel engines are going to be available, along with a couple of plug-in hybrid powertrains and even a new Golf TGI running on compressed natural gas. The fully electric Golf GTE will not be renewed since that’s what the ID.3 is for, while a newly developed mild hybrid system will cut emissions and fuel consumption.

Following the standard Golf’s reveal in a few months, the spicy GTI hot hatch and all-wheel-drive R flagship will be officially revealed at some point in 2020.

The new Golf is shaping up:

What exactly is Volkswagen testing with this Golf mule?