Jams predicted as 22m leisure trips planned for the weekend 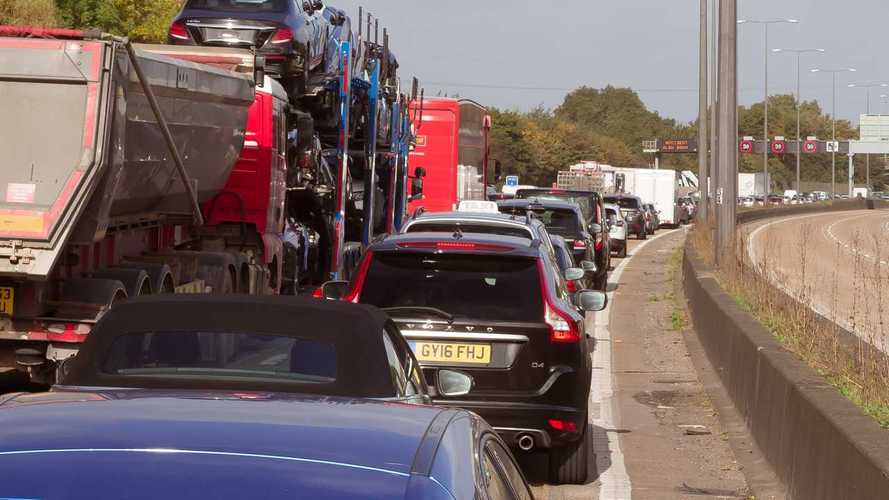 Bank holidays and decent weather mean only one thing: traffic.

Heavy traffic has been predicted over the weekend as drivers are expected to make record numbers of leisure journeys.

More on traffic in the UK:

According to the RAC, the weekend will see more than 22 million individual car journeys made for leisure purposes. That’s eight million more than were planned by motorists ahead of last year’s late May bank holiday, and the most the organisation has seen since it started quizzing drivers on their plans in 2014.

Saturday is expected to be the busiest day of the weekend for leisure trips, with around 6.6 million journeys planned, although today (Friday, May 24) might well see some of the heaviest jams. That’s because normal commuter traffic is likely to mix with the 5.6 million leisure trips the RAC says are planned for the day. As a result, tonight is expected to be among the busiest periods of the weekend, with peak traffic between 4pm and 7pm.

Manchester-based RAC patrol Ben Aldous said the warmer weather and potential for heavy traffic meant it was important for motorists to make sure their vehicles were in good nick before setting out on long journeys.

“Our research suggests a lot of drivers are planning on taking to the road over this weekend, with routes leading to the coasts, national parks and highlands like the Lake District likely to see significant volumes of traffic – and some extensive jams,” he said.

“No-one wants a breakdown to interrupt their enjoyment of the weekend, and it’s a fact that a little TLC of a vehicle can go a long way towards preventing one. At this time of year, when warmer weather coincides with traffic jams, it’s particularly important that every driver is confident their car can ‘keep its cool’ to avoid a breakdown. So we strongly recommend lifting the bonnet to check the coolant is at the right level, and if it’s not to either top up or visit a good local garage to get it checked out.

“We also continue to see drivers running into a lot of problems caused by under-inflated tyres, and those in poor condition. It’s crucial to check tyre tread and pressure before every long journey – it takes just minutes, and with many people likely to cover considerable distances this weekend it really can make the difference between being safe and being sorry.”

The Met Office’s deputy chief meteorologist, Chris Bulmer, said the weather will be mixed, with warmer weather in the south and cooler, wetter weather up north.

“This upcoming Bank Holiday weekend will start off fine and warm with sunny spells in the south, but for northern parts of the UK it’ll be cooler, cloudier and breezy with some rain at times,” he said. “At the moment, Saturday looks to be one of the better days of the weekend with the promise of sunshine for most, whereas Sunday will be cloudier with outbreaks of rain moving in from the west. By Monday this rain and cloud should clear with a return to sunny spells and the odd shower in places, feeling cooler across the country in the fresh westerly breeze.”