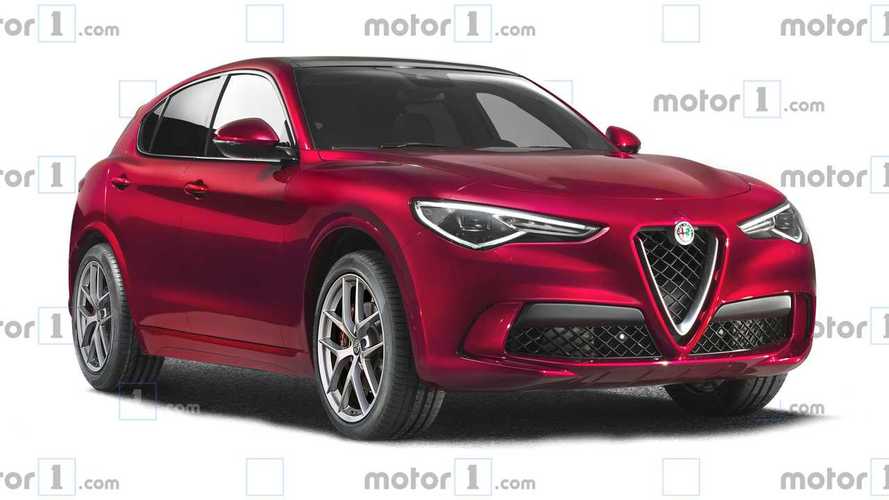 Getting ready for a launch next year.

With about 43,000 deliveries worldwide in 2018, the Stelvio is Alfa Romeo’s best-selling and most important model today. The compact premium SUV went into production at the brand’s Cassino Plant at the end of 2016 and will soon be ready for its first major facelift. It won’t affect the design drastically but will give the model a well-deserved refresh, and this exclusive rendering previews the tweaks we can expect.

Most of the changes will be focused at the front where the most obvious improvement will be the adoption of full-LED headlights replacing the current bi-xenon units for better visibility at night. In addition, the lighting signature of the clusters will be changed from the current C-shaped stripe to a sharper variant with a more pronounced shape.

In addition, our artists envision a front bumper without fog lamps but these could remain a no-cost option. Further tweaks will be made to the lower grille and we won’t be surprised if Alfa manages to hide the radar cluster for the adaptive cruise control more neatly.

More important improvements are planned for under the bonnet. According to preliminary information, the 2.0-litre turbocharged engine of the Stelvio will receive an electric boost in the form of a mild hybrid system with a 48-volt electrical architecture and an integrated starter-generator. It will make the motor a little greener with lower CO2 emissions but will also help it produce a bit more power.

The first spy photos of the refreshed Stelvio already hinted important changes will be happening inside the cabin as well, where the SUV will be getting a fully digital instrument cluster in combination with a head-up display. The revised Stelvio is expected to debut during the first half of 2020. According to some sources, a plug-in hybrid variant of the Italian SUV is planned for a launch at some point in 2021.