The coupe-SUV madness trickles down from luxury marques to mainstream brands.

In August last year, Renault introduced the Arkana showcar at the Moscow International Auto Salon. While it was technically still a concept, it was practically a production model. The vehicle in question is now making its premiere with production clothes and is already available to order in Russia. Other markets could follow soon.

Think of it as a more affordable alternative to posh compact coupe-SUVs like the BMW X4 and Mercedes-Benz GLC Coupe. It looks virtually identical to the showcar presented last year with the only notable design tweaks being the less flashy grilles at the front and the absence of a twin exhaust setup at the back.

Take a virtual step inside the cabin and you’ll find a design mix with components seen in various other Renault and Dacia models. Depending on the trim level, the standard equipment includes an eight-inch touchscreen display on the centre console, single-zone automatic climate control, heated seats, parking sensors, and more. The cabin can comfortably accommodate up to five passengers, while the boot swallows 508 litres and up to 1,333 litres with the rear seats folded.

Renault promises the Arkana will deliver a unique balance between the dynamics of a saloon and the bold character of a high-riding vehicle. The model uses 55 percent new chassis components compared to the rest of Renault’s SUVs and becomes the first model of the company on the Russian market to get the new 1.3-litre turbocharged engine. 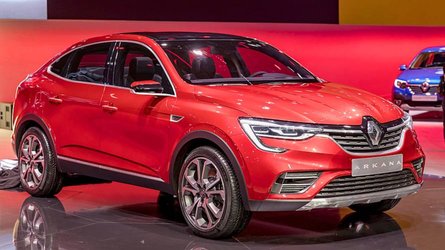 2019 Renault Arkana unveiled as coupe-SUV for the masses 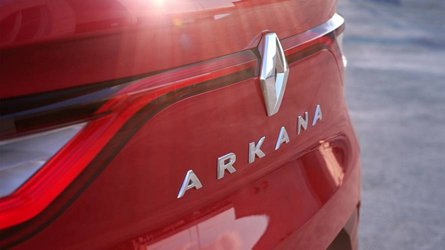 In this application, it delivers 148 bhp and is paired with a CVT X-Tronic automatic transmission and an optional intelligent all-wheel drive. When equipped with the AWD system, the crossover offers three driving modes - 2WD, Auto, and Lock. In addition, especially for the Russian market, Renault will also offer a naturally aspirated 1.6-litre petrol engine with 113 bhp.

For the market launch of the new Arkana, the French manufacturer is introducing an Edition One model, which comes with LED headlights and taillights, additional chrome trim for the exterior, and two-tone 17-inch wheels exclusive for the series. Prices of the Arkana Edition One start at 1,419,990 Russian rubles for the FWD model, which equals to about £17,400 at the current rates.