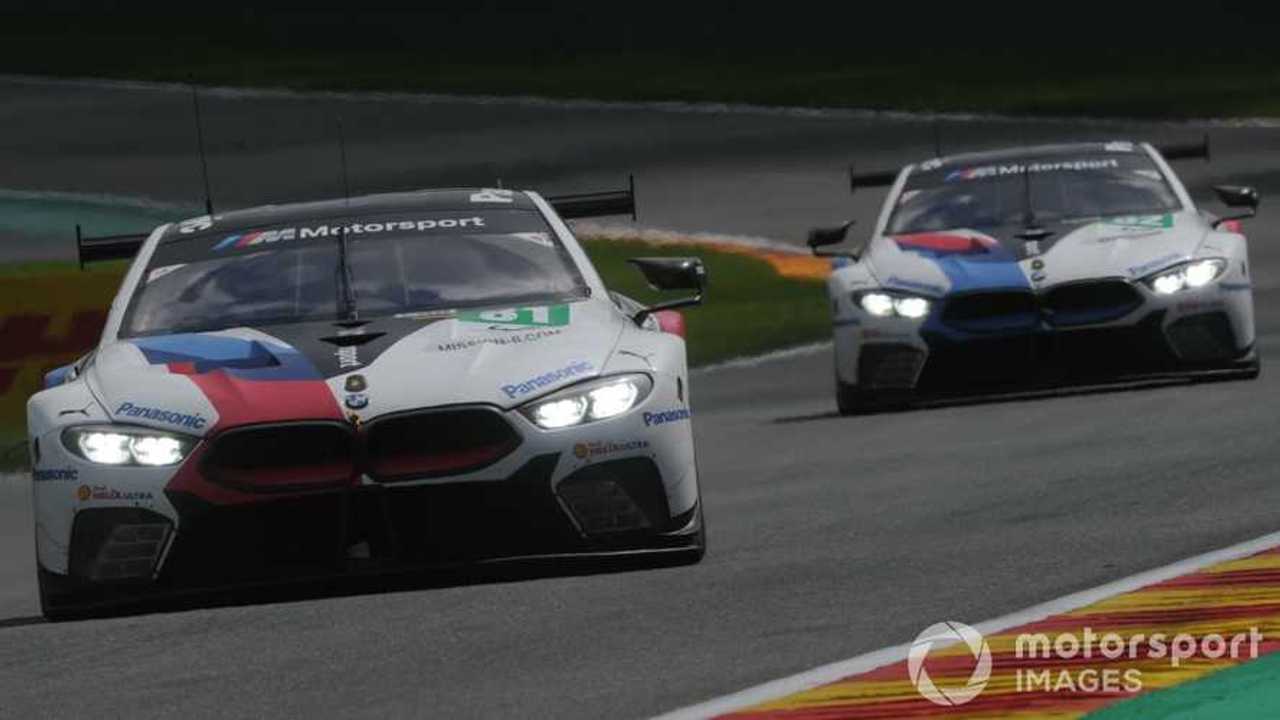 BMW will pull the plug on its factory World Endurance Championship involvement after a single season in the category, the manufacturer has announced.

The Bavarian firm had entered the GTE Pro class of the category with its M8 GTE before the start of the 2018-19 'superseason', but the upcoming Le Mans 24 Hours will now mark the swansong for its factory programme.

The news had been foreshadowed by the fact that BMW was not committed to either its WEC or IMSA programmes past the current season, although unlike with the world championship effort it has decided to continue to campaign in the North American series.

“We will not compete in WEC going forward,” BMW motorsport boss Jens Marquardt said in a statement. “Therefore, the 24 Hours of Le Mans in June will be another highlight for us in drawing to a close – just like in 2018, when we celebrated the successful world premiere of the BMW 8 Series Coupe there.

“But in light of us sharpening our focus as part of our strategy for the future, continuing our WEC involvement in the coming years does not fit with our direction.

“The global presence of BMW M Motorsport is safeguarded by customer racing and the DTM in Asia and Europe, as well as the IMSA series in North America, even without competing in a world championship.

“We would like to thank BMW Team MTEK for its dedication over recent years and we wish WEC all the best and hope that it makes good progress.”

BMW is the second manufacturer to announce it will depart the GTE Pro class, following Ford's confirmation of its impending exit earlier this year.

The German marque currently sits last of the five participants in the GTE manufacturers' championship, and is the only entrant yet to score a race win, instead having so far settled for a pair of podiums at Fuji and Sebring.

Its driver line-up for its final WEC race at Le Mans will be made up of Nick Catsburg, Martin Tomczyk and Philipp Eng in the #81 M8 GTE, and Antonio Felix da Costa, Augusto Farfus and debutant Jesse Krohn in the #82 car.

“Of course, we have to respect the decision by BMW and we are grateful for the opportunities we have been given in the past years,” said Ernest Knoors, the team boss of the MTEK outfit that operates BMW's WEC programme.

“At the same time, I have to say that we would have liked to continue as a team. We feel at home in the WEC pitlane and have acquired a lot of experience that we would like to put to good use.

“Now, our full focus is on the Le Mans 24 Hours where we aim at showing a good performance within the possibilities we have with the BoP [Balance of Performance]. At the same time, we will actively look for options for other projects.

“My ambition for this team is to be involved in competition at the highest level in motorsport. The WEC would be the most logical option as that is where we have the most recent experience, but of course, we also still know our way in the DTM and are also seriously looking at other opportunities.”