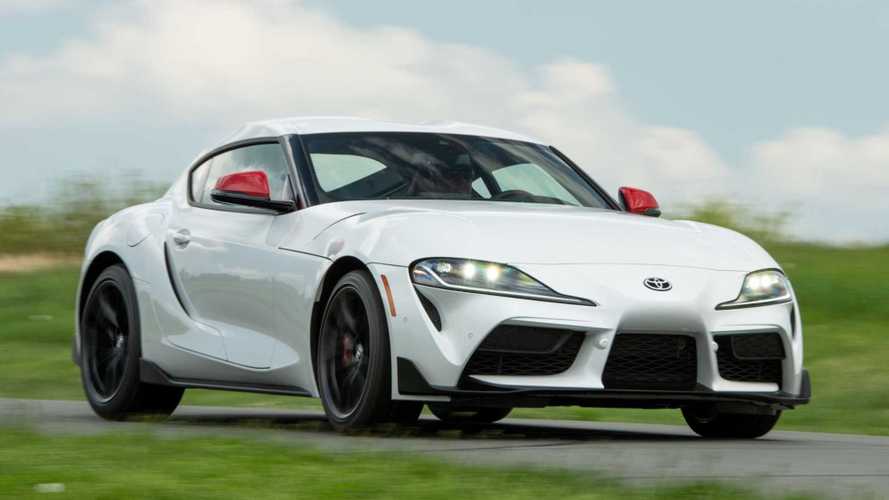 Toyota says the new Supra hits 60 miles per hour in 4.1 seconds. But according to a Car And Driver test, it can do it in just 3.8 seconds. Toyota also says the Supra produces 335 bhp and 365 pound-feet of torque. But again, according to Car And Driver, it appears those numbers might be too modest.

In a recent dyno run at Livernois Motorsports and Engineering in Dearborn Heights, Michigan, C&D reveals that the new Supra may actually be underrated. In this case, the coupe actually produces much more horsepower and torque than the company claims. The numbers from the test, 339 bhp and 427 lb-ft of torque at the wheels, represent a four bhp and 62 pound-feet increase over what Toyota says the car produces at the crank.

There are some things to be aware of, though. In order to get an accurate figure, C&D ran the test in the eight-speed automatic transmission's fifth-gear ratio of 1.32:1. In sixth gear, the car achieved peak torque, but the end torque number might be inflated given that the transmission's torque converter isn't fully locked until higher in the range. Also, Toyota provided the vehicle for this test, meaning that number may not be totally accurate on production models.

Whatever the case, this test is further evidence that Toyota (for whatever reason) could be understating BMW's turbocharged 3.0-litre inline-six. Maybe it's because of the Z4 tie-up. These numbers from the test show that the Supra produces more torque than a BMW Z4 with the same engine (369 lb-ft), and potentially more horsepower at the crank.