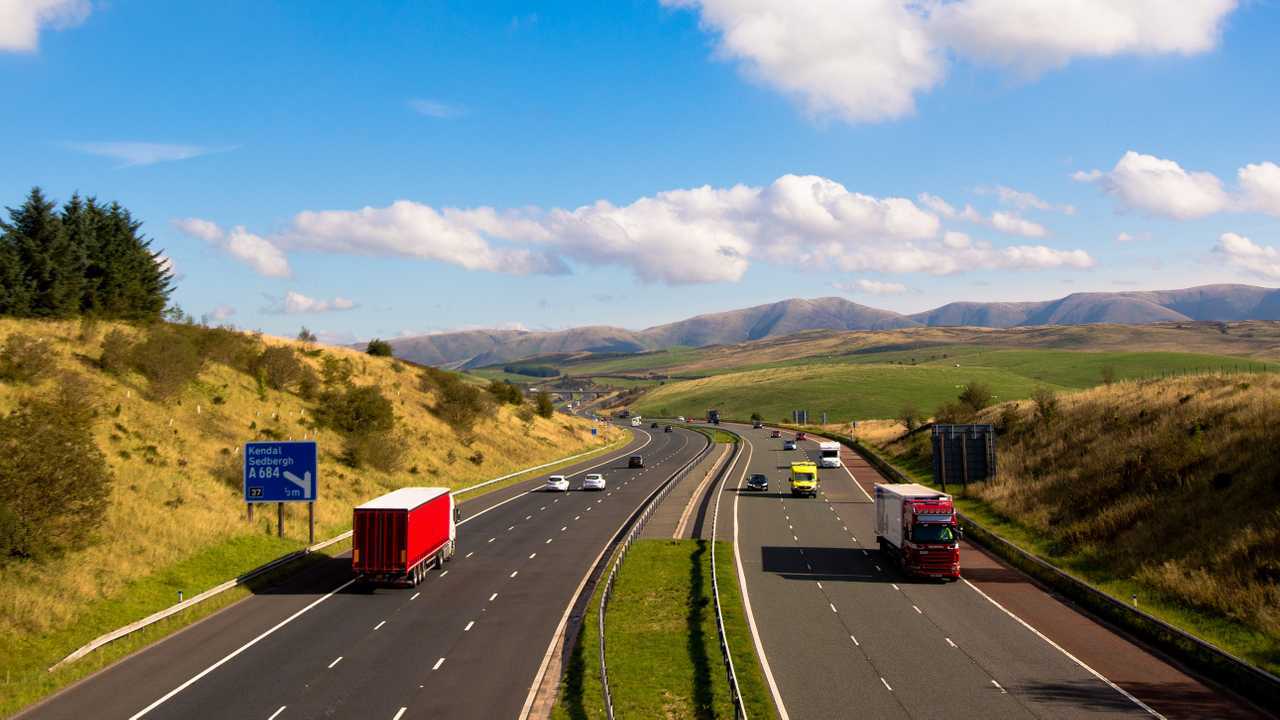 The M6 in Cumbria and M1 in Leicestershire top the charts.

Britain’s favourite stretches of motorway carve through the imposing hills of Cumbria and the rolling landscape of Leicestershire, according to a recent poll.

An online survey by Highways England, the government-run organisation responsible for the country’s motorways and major A-roads, found that the stretch of the M6 running through Cumbria was the nation’s favourite, alongside the surprisingly popular stretch of the M1 near Lutterworth, Leicestershire. Other popular routes included the M5 in the south-west of England and the A1 in Northumberland.

The news comes ahead of the late May bank holiday weekend, which starts on Friday afternoon (May 24). In anticipation of drivers’ getaways, Highways England is promising to lift more than 700 miles of roadworks to ease the pressure on the network. By the time the weekend comes around, the organisation says 97 percent of motorways and major A-roads will be free from roadworks. The last of these roadworks will be lifted before 6am on Friday, May 24, and the work will not restart until a minute past midnight on Tuesday, May 28.

Highways England’s customer service director Melanie Clarke said the organisation was working to make traffic flow as smoothly as possible while drivers make the most of the weekend.

“Many people have a favourite road they love driving on – and we want everyone to reach their destinations safely,” she said. “We’re doing everything we can to make journeys as smooth as possible for those travelling and that’s why we’re keeping around 97 per cent of the road network we manage, free from roadworks.”

But Clarke said Highways England needed motorists to help keep the road network running smoothly by preventing unnecessary breakdowns. Simple vehicle checks, she said, could stop the issues that could not only inconvenience motorists, but cause sizeable tailbacks.

“Safety is our top priority,” she said, “and we know from experience that almost half of breakdowns can easily be avoided if motorists carry out simple vehicle checks before setting off over this period.”

Highways England is recommending that drivers check their fuel level, as well as tyre pressures and tread before setting out. The organisation also suggests drivers ensure their car has enough engine oil and washer fluid to keep the windscreen clear from bugs. A quick check of lights is also recommended, to ensure the vehicle is visible to other motorists in the hours of darkness.

Finally, with safety in mind, the company is reminding drivers not to use the motorway lanes marked by a red ‘X’. Those lanes are closed to traffic - sometimes because of a stricken vehicle or obstacle - and driving in those lanes is a traffic offence. The organisation says it “closes lanes for a reason” and drivers ignoring red X signs “put themselves and others at risk”.