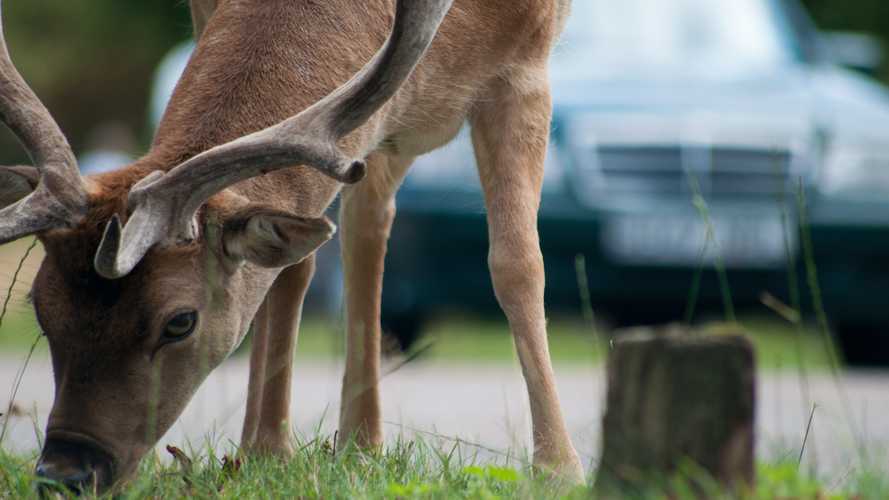 Accidents involving deer are more common at this time of year as the animals seek new territory.

Motorists are being warned to look out for deer wandering the nation’s roads after five of the animals were recently found dead on the A35 in Dorset.

According to Highways England, the government-run company responsible for England’s motorways and major A-roads, as many as 400 people could be injured in deer-related collisions each year. Figures also suggest as many as 20 people could are killed annually in accidents involving the animals, while Highways England says up to 74,000 deer could be killed in collisions across Britain every year.

And the organisation says deer-related accidents peak at this time of year as the ruminant mammals cross roads in search of new territory. Accidents are, apparently, most likely between sunset and midnight, and the hours around sunrise.

In a bid to help protect both deer and drivers, Highways England has teamed up with The Deer Initiative to give advice to drivers. Motorists who see the triangular deer hazard signs are being encouraged to keep their speed under control and remain vigilant. But drivers are advised only to brake sharply and stop if there is no danger of being hit by following traffic.

Other advice includes using full-beam headlights to spot deer at night, but dipping the beam if you see an animal, as they can freeze in the beam. If it is safe to stop or avoid the animal, drivers are advised to stop as far away as safely possible, giving the deer time and space to leave the road safely. Stopped vehicles should display hazard warning lights.

“Sadly, the outcome of a collision involving a deer can be much more catastrophic than vehicle damage or injury to the animal,” said Leonardo Gubert, senior ecologist at Highways England.

“You may be well-travelled and on a well-known route without a previous sighting, but there may be deer hidden in nearby foliage or woodlands and some species of deer can gather often in large groups; you may have seen one and avoided it but others may follow and unexpectedly dart out into the roadway.

“We want everyone travelling on our roads to reach their destination safely and with as many as 1.5 million wild deer living across Britain it is vital for drivers to be aware of their presence, to be extra vigilant, especially at this time of year when deer are on the move, and to follow our advice.”

David Jam, the director of The Deer Initiative, added: “The recent spate of accidents is a stark reminder about the dangers of deer on our roads. We urge drivers to check their speed and stay alert especially when they see deer warning signs or are travelling through a heavily wooded or forested stretch of road.”