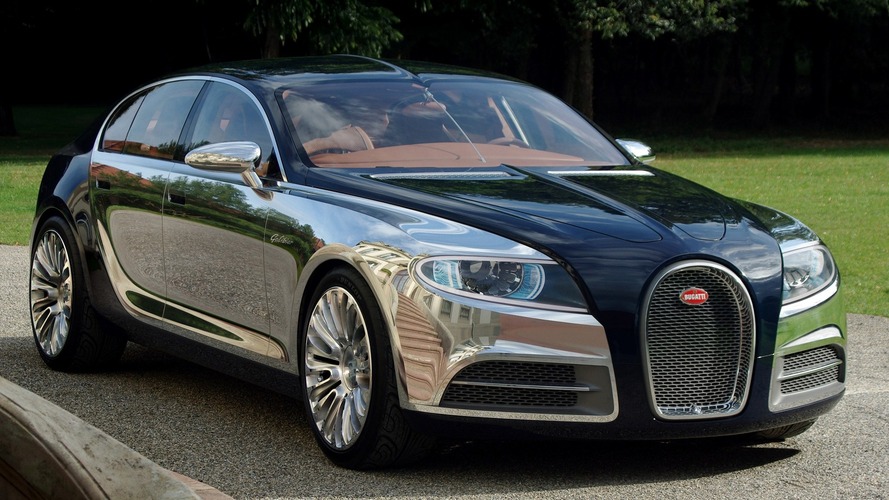 Stephan Winkelmann tells us the model is set to sport a body style that's unlike anything else sold today.

Bugatti is ready to introduce an additional model line to its vehicle lineup, according to brand president Stephan Winkelmann.

“I think that we have the opportunity to do more [than one car],” Winkelmann told Motor1.com in an exclusive interview during Motor1Days at the Autodromo di Modena in Modena, Italy.

The long-time automotive executive also shared his thoughts on what a potential sibling to the brand’s supercar line might offer. Alluding to Bugatti’s product history, Winkelmann said that he currently envisions such a vehicle as being very fast, but, unlike the Chiron, also daily driveable.

Bug out on these Bugattis:

Bugatti has fewer than 100 new Chirons available to order

“This could be, for example, a full-electric car,” he added. While Winkelmann is certainly not averse to the idea of an electric Bugatti, he acknowledged it will have “to be the best [of its kind], that’s for sure.”

Furthermore, the new model will likely welcome a body style that’s vastly different from the likes of the Chiron, as well as the Veyron before it.

“It’s clear that when you think about the second [Bugatti] model you always have to see what [the body style could be],” Winkelmann said. “Believe me, we really looked into every detail of the body style and I think that there is one that is very promising for a company like Bugatti. [It’s a body style] which is not today on the market.”

Regardless of when – or if – it arrives, Bugatti buyers can anticipate a vehicle that’s also notably less expensive than the multi-million-dollar supercars the brand currently sells. That said, Winkelmann noted that the new model would still crest the seven-figure sum if produced and sold today.

Only time will tell what ultimately defines Bugatti’s second model line. Nevertheless, if Winkelmann has his way, it seems reasonable to bet that within the next decade the brand will sell a low-seven-figure electric vehicle that’s blazingly fast, yet well-rounded enough to use as a daily driver.