This is the fastest speed ever recorded on sand 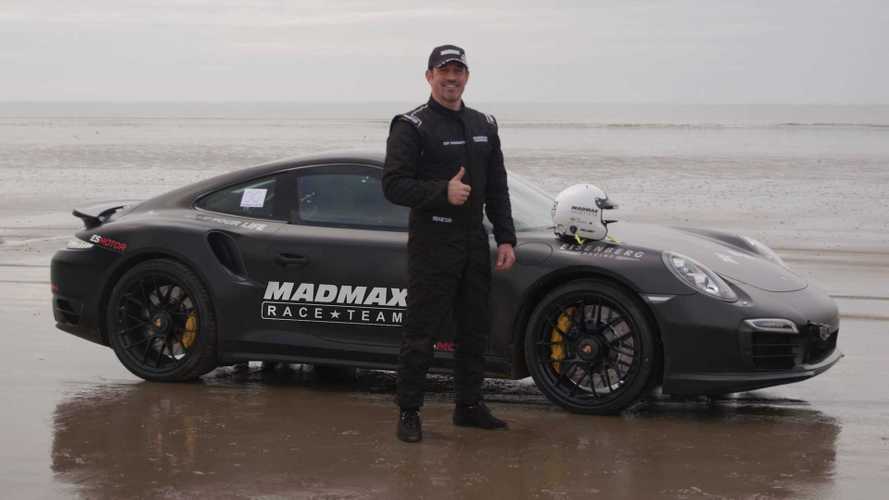 Eisenberg recorded a speed of 332 mph, which is the fastest speed ever recorded by a wheel-powered vehicle on sand. He also set the fastest one way flying quarter mile and mile speeds, and the fastest two way flying mile speed, matching the late Sir Malcom Campbell's achievement with the final record.

"A huge thank you to ES Motors and my own MADMAX Race Team for working tirelessly on the extensive Porsche preparation, engine build and tune to ensure we had the engineering and power to achieve this very challenging record," said Eisenberg. "An additional thanks to the event organisers; Straightliners and Speed Record Club for finding and setting a two-mile course with difficult sand conditions."

Eisenberg (above) set his four-wheeled speed records in his MADMAX 1200 bhp Porsche 911 Turbo, which has been specially built and prepared by ES Motors and his MADMAX Race Team and is completely road legal.

The car has a bespoke 4.1-litre race engine with new internals, gearbox, clutch and drive shafts, along with an upgraded E85 fuel system and sophisticated charge cooling set-up to stop engine detonation. It also has an upgraded PDK transmission and altered suspension to allow it to clear the sand.

"The Porsche behaves very differently on sand than tarmac," he said. "The sand creates a lot of resistance and tyre slip. In the end we could only use 850 bhp (1000 bhp at the engine) to avoid too much wheel spin, compared to just 533 bhp (engine) from a factory car."

Eisenberg's records not only follow on from his hero Campbell, who first set the record at Pendine Sands in 1927 (174.8 mph) in the iconic Blue Bird – a record that stood for nearly 90 years, but it also beat the one previous record set by actor Idris Elba in 2015.

Gallery: This is the fastest speed ever recorded on sand