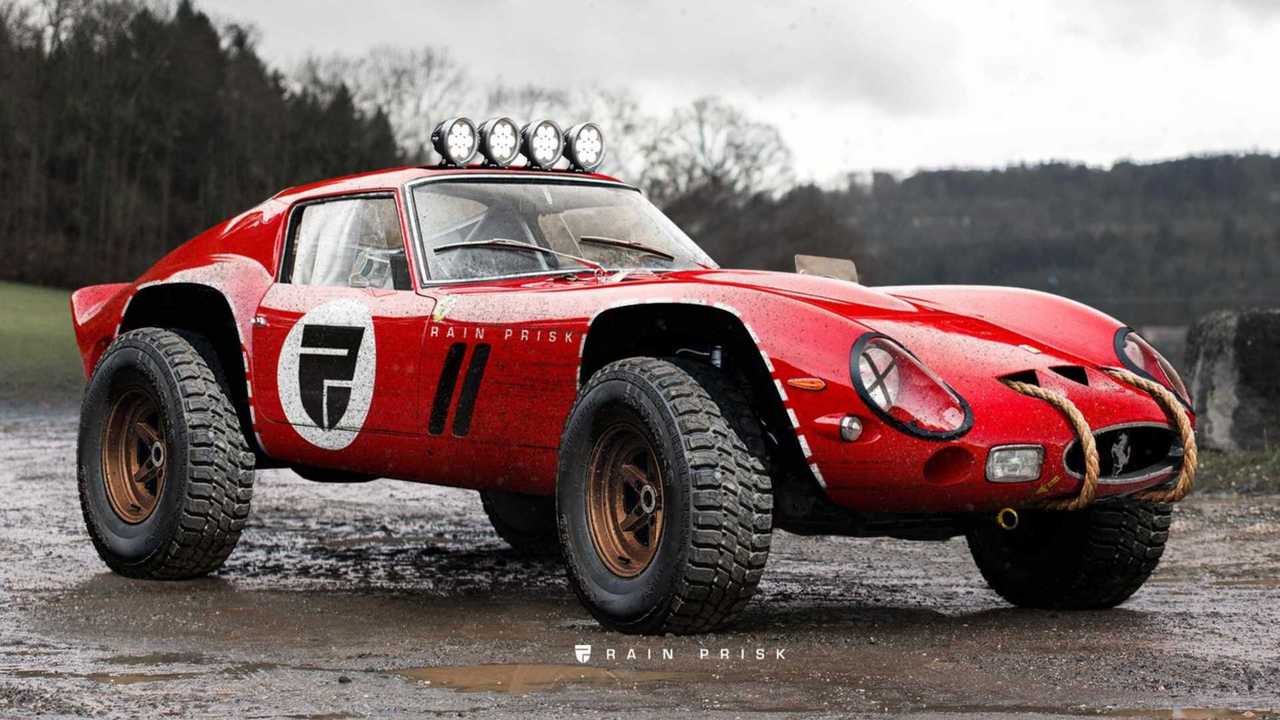 Ferrari’s 250 GTO is arguably one of the most influential models in the history of the automotive industry. The V12-powered grand tourer was produced between 1962 and 1964 for homologation into the FIA's Group 3 Grand Touring Car category. Just 36 examples were assembled and some of these fetched tens of millions of dollars at auctions during the last two decades. Simply put, it’s not a car you’d chop up to build a one-off project.

Thankfully, that’s not really necessary as there are talented automotive designers and Photoshop manipulators who can turn any real car into something as crazy as this 250 GTO with an off-road package. This one comes from Rain Prisk and answers questions no one asked. Literally.

The recipe is pretty simple. Massive off-road tyres, additional LED lamps mounted on the roof, larger wheel arches, tweaked headlights, and a significantly raised suspension. That’s something you’d expect to see on a Land Rover or a Jeep, but in this virtual rendering, those modifications are fitted to a red 250 GTO.

We noticed one very interesting thing in the comments section of Rain Prisk’s Facebook page. A big percentage of his followers believe that this is not a rendering but a real car turned into an off-road monster or what they call a battlecar. Don’t worry – not a single pixel is real here, this is all digital manipulation, and it’s a good one. All real-life examples of the car are most likely safe from undergoing a similar tuning and that’s the way it should be.

Last but not least, we want to hear your voice – is this car ruined or improved, as Rain Prisk puts it? Let us know in the comments section below and bear in mind that this is just a design exercise.