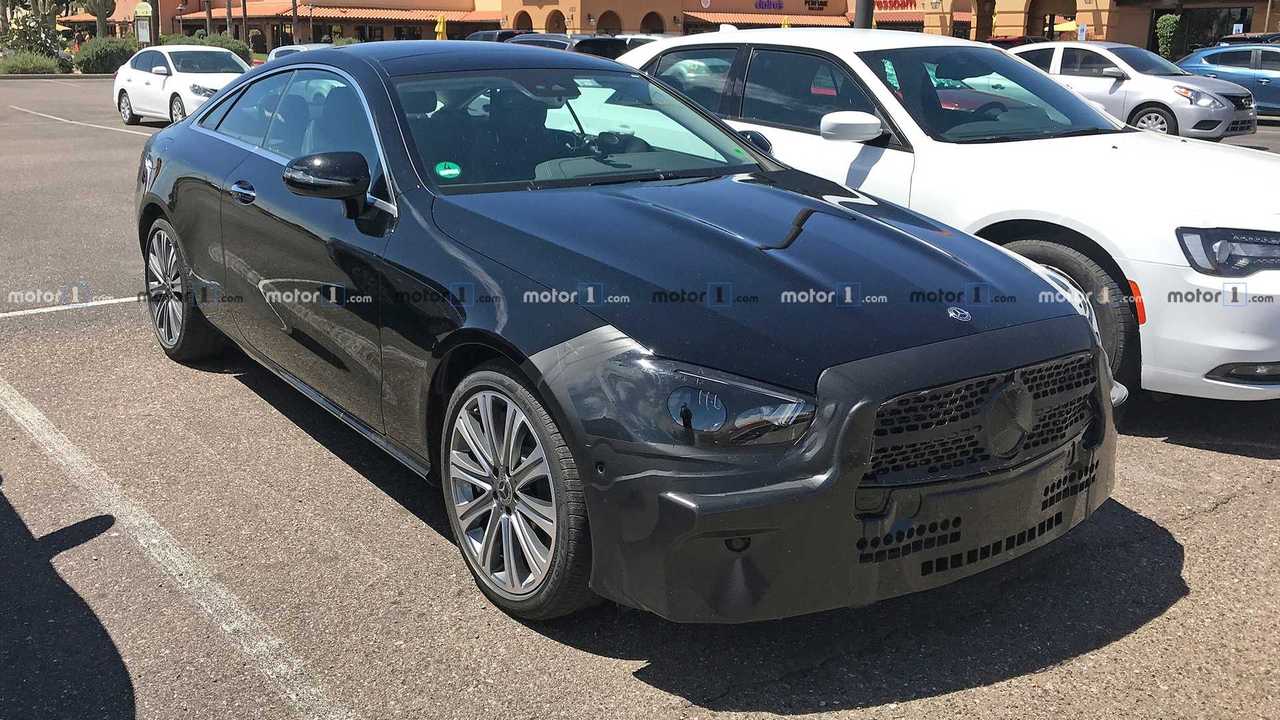 It was parked and unattended, so we swooped in for a close look.

The facelifted Mercedes-Benz E-Class Coupe has been spotted again, this time parked and unattended outside a shopping mall in Phoenix. Presumably, the car is in the American Southwest for some hot-weather testing, and though it still wears tape and heavier coverings up front, this motionless prototype allowed our spy photographer to get a very close look at the new luxury coupe – inside and out.

We’ll start with our peek inside, where the layout looks pretty much identical to the current model. Some changes are coming to the centre console, but unseen technological upgrades could be the big story for driver and passengers. The automaker’s MBUX system might be installed, which would certainly be an upgrade but we’ve heard conflicting reports on the subject. The electrical system in the current E-Class may not be up to snuff, and with this being a refresh, the big tech bump might have to wait until the new model shows up a few years down the road.

As for the exterior redux, this close-up look confirms what we’ve been thinking. Despite the coverings, we can tell there are thinner LED headlights flanking a modestly updated grille, with the overall effect being a slightly meaner face for the posh Mercedes coupe. The only items hidden at the rear are the new taillights, but there appear to be false panels around the lenses to make them look bigger than they actually are. In reality, we suspect the new units will strongly resemble the current items, though with a slimmer look similar to the front.

We still haven’t heard a definitive date for when all the coverings will come off. The new saloon will probably break cover first as a 2020 model later this year, so despite the thin coverings, we may not see the coupe until next year.