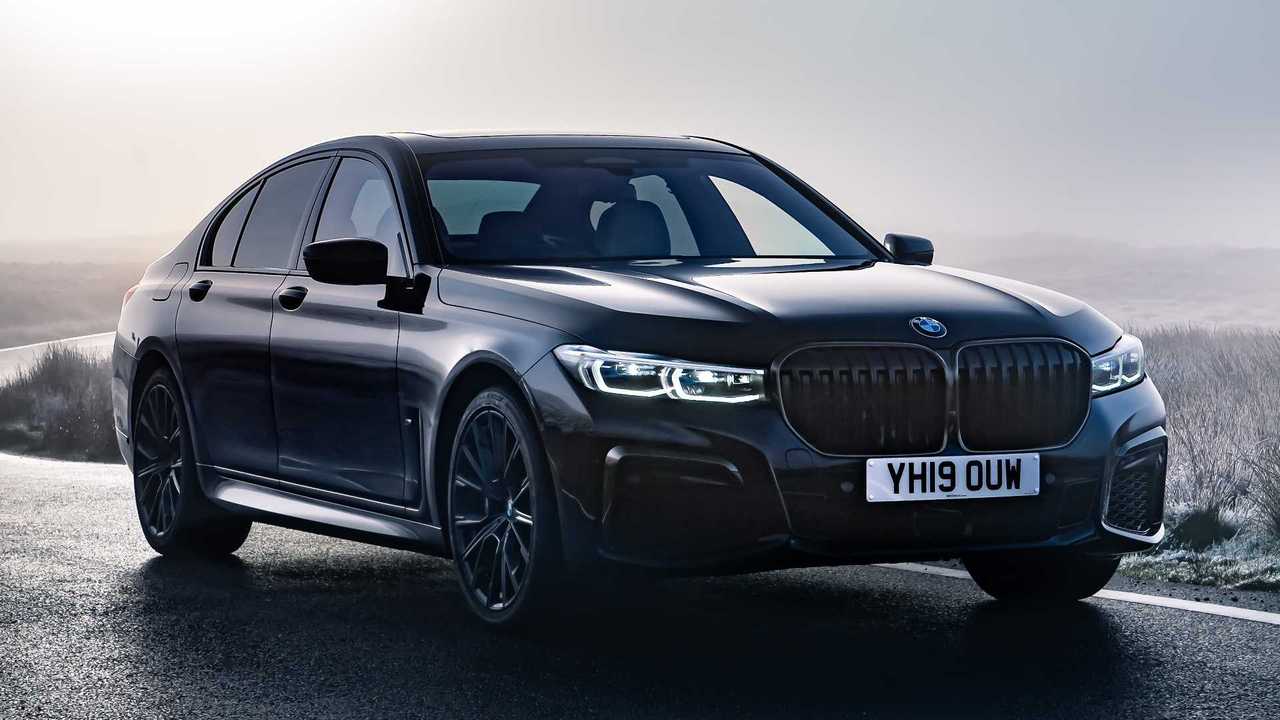 New limo gets range of petrol, diesel and hybrid powertrains.

The new BMW 7 Series luxury limousine is now on sale in the UK with a list price of around £69,500.

More on the new 7 Series:

Facelifted for 2019, the Mercedes-Benz S-Class rival wears a bold new face, as well as an updated cabin and new technology. There’s a new engine range, too, with six-, eight- and 12-cylinder engines and the option of plug-in hybrid technology.

As before, BMW will offer the car in a choice of two lengths, with a long-wheelbase variant that provides an extra 14 cm of space between the axles. Both long- and standard-wheelbase models, however, are 22 mm longer than their predecessors.

The £69,565 asking price, though, gets you the entry-level standard-wheelbase 730d model. With a 3-litre straight-six diesel engine under the bonnet, it offers 262 bhp and between 41.5 and 44.1 mpg, depending on the options fitted. If you spend an extra £4,000 or so, you can have the long-wheelbase 730Ld model, or for around £2,500, you can have the standard-wheelbase with BMW’s xDrive four-wheel-drive system.

Whichever combination you choose, you’ll get 18-inch alloy wheels, wireless phone charging and a Harman Kardon sound system. And the tech doesn’t stop there, with a 12.3-inch digital instrument cluster lurking behind the steering wheel and a 10.25-inch central infotainment display, which houses the satellite navigation and BMW’s latest multimedia system. All the usual BMW accoutrements, including leather seats, satellite navigation and automatic climate control, are of course all present and correct.

Spend a little more money, though, and you can upgrade the engine. For the princely sum of £77,225, you can have an even more potent version of the 730d’s diesel engine. Imaginatively branded the 740d, it offers 315 bhp and comes with four-wheel-drive as standard, while the long-wheelbase chassis is an optional extra.

The rest of the engines in the range are petrols, with the 740i model marking out the lowliest of these. Despite its position in the range, it’s still a 3-litre straight-six that produces some 335 bhp, returning between 38.2 and 41.5 mpg. Four-wheel-drive is not available, even as an option, with this engine, but it is a bit cheaper than any all-paw model in the range, with a £71,735 asking price.

Then there's the 745e plug-in hybrid. Combining a 3-litre straight-six petrol engine with an electric motors, it offers an all-electric range of between 32 and 36 miles as well as a combined total of 282 bhp. Four-wheel drive is included in the £76,815 list price, while the extended wheelbase is once more a cost option, commanding a premium of just under £7,000.

At the top of the range, meanwhile, are the two high-performance versions. The lowlier of the two is the £83,875 750i model, which comes in standard-wheelbase guise only. It uses the 4.4-litre petrol V8 also seen in the 8 Series to produce a total output of 523 bhp, allowing 0-62 mph in four seconds flat.

However, the range-topping 760Li xDrive is even faster. Available only in long-wheelbase format, it uses a 6.6-litre V12 that sends its 577 bhp might to all four wheels. Prices start at a whopping 139,000.

The new 7 Series is on sale now, with the first cars already in the UK.