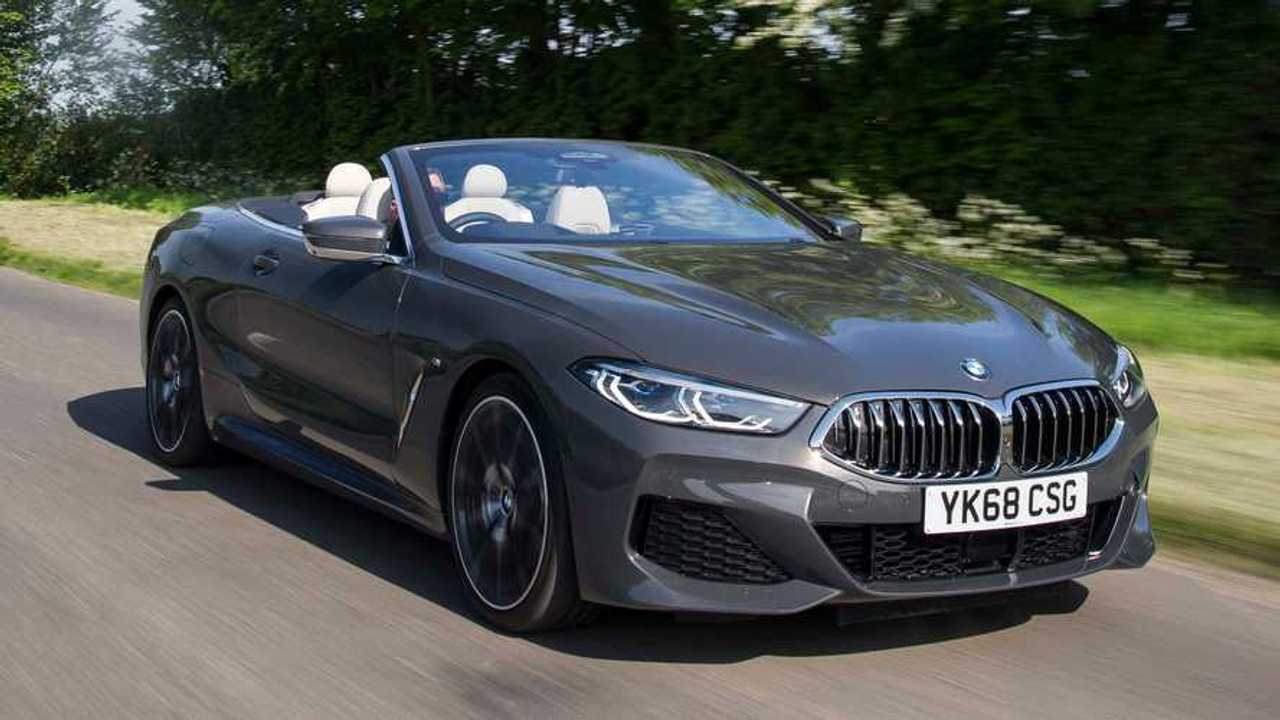 The drop-top GT car is available to order now, with a choice of petrol or diesel power.

BMW's new 8 Series Convertible grand tourer is now on sale with an asking price of just over £83,000.

More on the new BMW 8 Series:

Like the coupe model revealed at the tail end of last year, the convertible is available with a choice of petrol or diesel power. The former, which wears the M850i moniker, is a 4.4-litre, 523 bhp V8 unit, while the latter wears the 840d badge and is a 3-litre straight-six with 315 bhp. Both are mated to eight-speed automatic gearboxes and come with BMW’s xDrive all-wheel-drive system, although the less potent diesel is the cheaper of the two.

Unlike the coupe, however, the newcomer is fitted with a folding canvas hood, which is electronically actuated and can be raised or lowered in 18 seconds. The roof can even be opened or closed on the move, with the on-board computer allowing the system to operate at speeds of up to 31 mph.

And that’s not the only technology on board. Included in the 840d’s £83,295 asking price is a Harman Kardon surround-sound system, wireless phone charging and a key with a colour screen that shows the fuel level, service information, and even whether or not the doors are locked.

When the car is on the move, meanwhile, there are Air Collars in the front seats that direct warm air around the occupants’ necks to keep them warm while the roof is down. Three stages of heating are available from the system, which is operated via a switch integrated into the roof control.

And in the centre of the dashboard, BMW has installed its Intelligent Personal Assistant, which works a bit like Amazon’s Alexa or Apple’s Siri voice recognition and control systems. With simple, day-to-day commands, the driver can control various aspects of the car and its on-board systems. Gesture control is included, too, allowing hand motions to control aspects of the infotainment system. Rotating a finger in the air will turn the volume up or down depending on whether you turn clockwise (up) or anti-clockwise (down). There’s a screen in front of the driver, too, with conventional instrument dials replaced by a 10.25-inch digital display and a head-up display projected onto the windshield.

Some less high-tech, but equally attractive items of standard equipment include 20-inch alloy wheels, LED headlights and Merino leather upholstery. These are complemented by the M Sport pedals and carpets, as well as the illuminated tread plates that feature the BMW M Performance logo. The M850i xDrive, which costs £107,100, also comes with an M Sport differential, which BMW claims improves the car’s “traction and agility”.